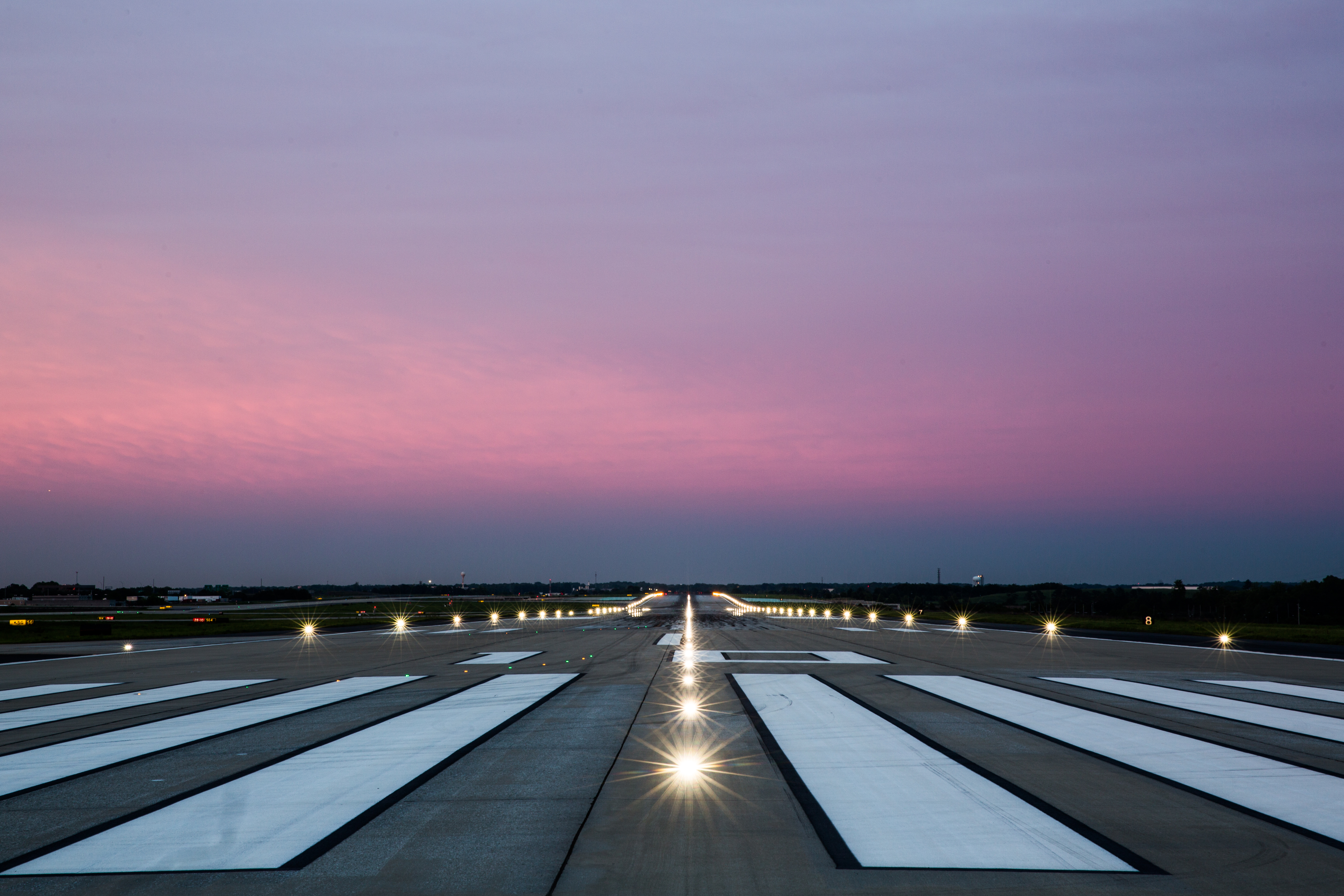 Now at the one-year milestone of widespread travel and local restrictions to help stop the spread of COVID-19, we are reminded that this past year has been incredibly challenging for so many, both personally and professionally.  While so much has changed in our industry as we continue to respond to this prolonged crisis, airports remain fully committed to ensuring the health, safety and security of the traveling public and airport workers.

Although North American airports quickly mobilized to protect travelers and workers, the significant drop in passenger traffic has wiped out record growth in air travel and decimated the airport industry’s financial outlook. In 2019, more than 1.9 billion people traveled through North American airports.  At the start the pandemic, air travel dropped by upwards of 95 percent.  ACI-NA estimates that the pandemic will cost U.S. airports more than $40 billion and Canadian airports more than $5.5 billion — a number that will only grow if the pandemic drags on.

There is no shortage of issues confronting the industry.  Early in the pandemic, ACI-NA created the Airport Industry Recovery Advisory Panel to provide the industry with valuable recommendations on immediate term, medium term and long-term measures to address the public health concerns and assist airports coming out of the pandemic.

These initiatives, ranging from restoring confidence in air travel to implementing a wide variety of mitigation strategies, are fostering a completely new level of collaboration across aviation industry stakeholders.  We each have a role to play, and the value of partnership has never been more important. As we think about the future, airports leaders should remain cognizant of the ever-evolving airport business model.  Our ongoing relationships with airline partners, concessionaires, retailers, service providers, and government regulators are essential to our continued success.

ACI-NA led the charge in an effort secure $20 billion in immediate financial relief for the U.S. airport industry.  We are immensely grateful from the strong support of the U.S. government for airports and their concession partners as they remain open and fully operational though this crisis.

Thanks to the proactive leadership of our team in Ottawa, Canada’s airports received some of the only sector specific COVID support in Canada, with some CAD $1.4 billion through ground rent waivers and deferrals, wage subsidy, and infrastructure funding.  However, as the situation in Canada grows more dire each day, our work continues in Canada to secure addition relief to meaningfully address the financial challenges Canada’s airports face.

One of the silver linings to come out of this pandemic is the rapid innovation and the deployment of new technologies to allow for a seamless – and contactless – passenger experience.  While most of this progress had seemed years away, the pandemic has accelerated this effort to turn our industry’s aspirations into reality.  One thing is clear: the passenger experience will look different than it did before. It is going to be better.

Airports have taken unprecedented actions to limit the spread of COVID-19.  As the eternal optimist, I am confident there is a light at the end of the tunnel and much to be done when we emerge from it. From enhancing airport sustainability and resiliency to taking full advantage of automation and big data to enabling a new generation of aircraft to operate at our airports, we face myriad opportunities to make a difference in the aviation industry. All of these opportunities require a ready and able workforce. We look forward to working with the industry to develop training that will help current airport workers adapt as well as prepare the next generation to make their mark on aviation.

Thank you for the continued trust you place in ACI-NA and the immensely talented team here at your trade association.  I continue to be proud of our team, our members, and the important work we do on behalf of North American airports.

The Canadian Airports Council has joined with several other Canadian associations that represent local and regional airports to send a national, united message to the government of Canada: Reform the Airport Capital Assistance Program (ACAP) to provide more funding and modern criteria that better matches needs and realities of small airport capital or run the risk of air services declining for Canadians living in small communities.

ACAP was created in 1994 as a companion to the National Airports Policy (NAP), which handed over the operations of the majority of airports from the federal government to private sector airport authorities or in the case of most small airports, local interests. ACAP recognizes that although the intent of the NAP was to ensure that airports would be both self-governing and self-financing, small airports did not have the critical mass of passengers to generate enough funds to pay for capital improvements related to safety. ACAP is intended to fund financial projects related to safety, asset protection and operating cost reduction. Overall, there are approximately 200 regional/local airports in the country that are eligible for ACAP funding.

Fast forward 25 years and ACAP has become an invaluable source of funding for the airports that are eligible for it. But, gaps and issues with the program have not been addressed and are becoming more acute.

In the last quarter century airports have seen air demand – and complexity – soar. Today, Canada’s airports are expected to serve passengers with increasingly diverse needs and must fulfill new safety requirements that have changed and become more complex over time. To provide context, just one runway rehabilitation project covered by ACAP costs about $12 million, almost one-third of the total ACAP funding envelope. Yet ACAP funding has not risen since 2000, nor has the program adapted to the changing air service environment.

While there have been program improvements in recent years, funding has failed to keep pace with demand for ongoing safety and security maintenance. ACAP receives $38.5 million in federal funding a year, an amount that has not changed in 18 years. The funding shortfall is exacerbated by the fact that Canada’s airports also face a host of new regulatory requirements in the coming years that have not been addressed in any way by the government program.

In order to be eligible for ACAP funding an airport must:

Further, in each of the three previous calendar years, the airport must have handled at least 1,000 year-round regularly scheduled commercial passengers, although airports designated as a “Remote Airport” under the NAP, do not need to meet this requirement.

Not all airports are funded equally. ACAP funding is pegged to the level of airport activity. For example, an airport with fewer than 50,000 commercial passengers receives 100 percent funding for projects. That number decreases by increments of 5 percent for every increase of 15,000 passengers. When an airport reaches 525,000 passengers, the funding is listed at 0 percent.

The current categories for ACAP funding are:

As it stands, ACAP is underfunded, overly complex, highly prescriptive, suffers from a lack of transparency, and has not kept pace with changes to regulatory and weather safety equipment needs.

Working with its counterparts, Atlantic Canada Airports Association, Airport Management Council of Ontario, Réseau québécois des aéroports, BC Aviation Council, Manitoba Aviation Council and the Saskatchewan Aviation Council, the CAC is working to develop a set of recommendations to the government on how ACAP may be improved. This coalition believes that we are at a critical time for airports. Given the above-mentioned changes, adjustments need to be made to ACAP to make it more responsive and useful to those that rely on the program.

If ACAP funding kept pace with inflation, the annual budget for 2019 would be approximately $56 million.

Unfortunately, even if the government tried to catch up by raising the program level to $56 million to match inflation, ACAP would still be underfunded because new safety requirements will be putting even more pressure on the funding envelope. These new regulations are neither minor nor cheap. They include upgrades to accessibility, changes to the Aerodromes Standards and Recommended Practices and the Accessible Canada Act, as well as changes to Global Reporting Format/Takeoff and Landing Performance Assessment (GRF/TALPA) and new Runway End Safety Area (RESA) requirements. RESA alone will cost Canada’s small airports at least $165 million to fully implement. The pressure is on ACAP to fund these new initiatives, but it doesn’t have the financial resources or mechanisms in place to handle its existing commitments, let alone these new requirements.

To complicate matters further, airports are facing new challenges that were not even imagined in 1994. These include the impact of climate change, which causes changes in storm patterns and freeze/thaw cycles that place additional strain on equipment. ACAP must stay current with new needs by adopting a new forward-thinking dynamic program design that can account for and adapt to climate and other factors associated with the geographical location of the airport.

Based on member and industry experience with ACAP, the CAC has determined that ACAP criteria need to be modernized. Runway length and passenger volumes are not appropriate measures for equipment requirements. The amount of precipitation should be a factor in determining the size of a plow eligible (or other type equipment) for funding. An airport in southern Ontario has different needs than one in Northern BC, and so forth. One size does not fit all, especially when it relates to transportation infrastructure.

Moreover, the complexity of the application process is a challenge in itself. Airports go through an extensive consultation process with Transport Canada staff regarding needs, eligibility parameters, thresholds and airport conditions and also discuss the likelihood of being considered for funding if a project were submitted. The result is some category level 2 projects and most of category level 3 projects are being pushed further and further into the future.

In fact, in the program’s 25 years of existence, and having funded almost 1000 projects, only 18 of those projects have been category 3. This inequity of funding approvals is now shaping behavior. Recognizing the low probability of receiving funding for a category 3 project, airports are simply not applying for those projects. Ultimately this gives the government a false impression of need – airports are not applying, therefore, there is not demand. Meanwhile, the reverse is true and with changes to accessibility regulation and legislation, this need will only be more pronounced.

While the CAC recognizes that Transport Canada has made efforts to improve the ACAP application process when consulting companies offer services to help airports prepare applications, the process is overly complicated.

The coalition will be conducting its research and developing its recommendations over the coming months. If this year’s federal budget doesn’t address ACAP funding, given the time horizons and realities of the 2019 election cycle, the group is hoping to have its input considered and implemented for Budget 2020.

In the meantime, the CAC will be more visible with our asks of the political parties as they compete for votes in the 2019 election. In fact, one of the main asks of all political parties is to increase funding for small airport infrastructure programs for safety and security.