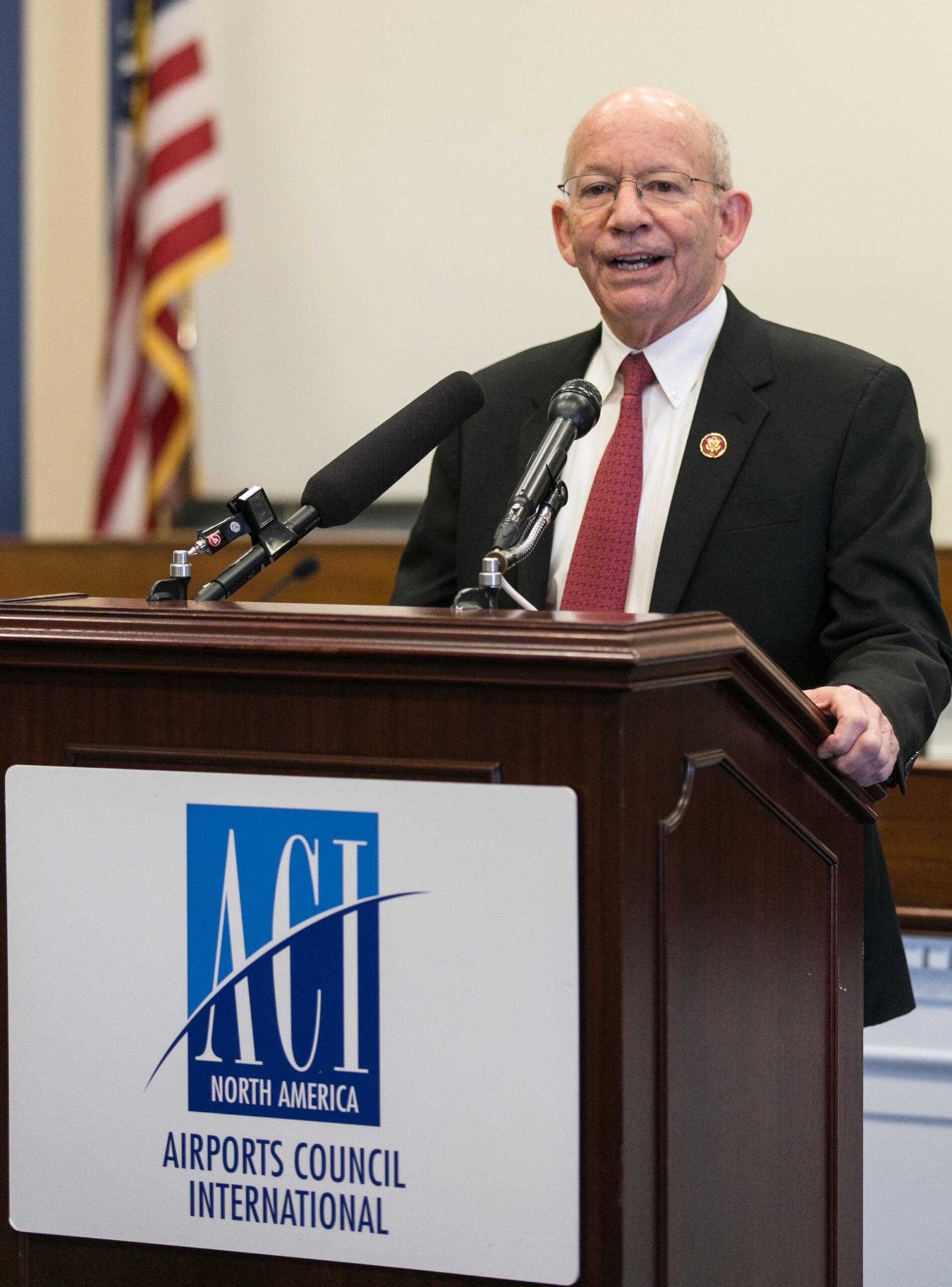 WASHINGTON – Airports Council International – North America (ACI-NA), the trade association representing commercial service airports in the United States and Canada, today commended Chairman Peter DeFazio on his years of service and his lasting positive impact on airport infrastructure following the announcement of his retirement from Congress at the end of his term.

“Chairman DeFazio has long been a champion of critical transportation and infrastructure priorities, and his leadership on these issues has helped to strengthen and keep our country moving forward,” said ACI-NA President and CEO Kevin M. Burke. “His work in Congress — including his creation of the Passenger Facility Charge to fund airport infrastructure projects and passage of the recent ‘once-in-a-generation’ bipartisan infrastructure bill — will have a lasting impact on our aviation infrastructure, the health of our economy, and the mobility of all Americans for years to come. We appreciate his years of service and his partnership in advancing policies that benefit our airports and all those who travel through them. We look forward to continuing our work with Chairman DeFazio throughout the remainder of his term.”