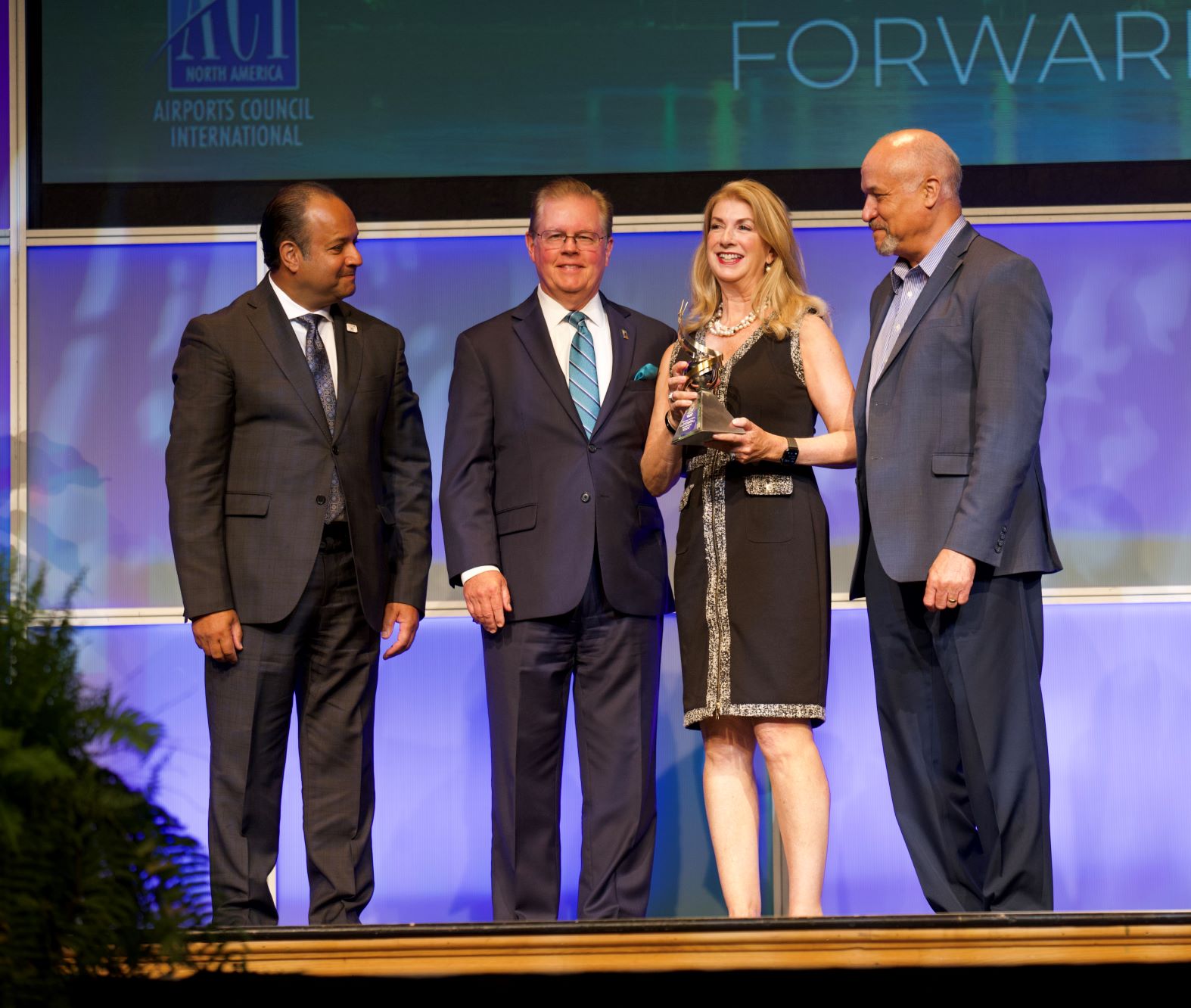 MINNEAPOLIS, MINN. – Airports Council International – North America (ACI-NA), the trade association representing commercial service airports in the United States and Canada, today announced that Lynn Goldschmidt has been named the recipient of the 2022 William E. Downes, Jr. Memorial Award. The Downes Award, the highest honor given by ACI-NA, is presented to an individual who has demonstrated outstanding leadership in promoting the cause of airports and aviation throughout the local, national, and worldwide communities. The award was presented during a special ceremony at the 2022 ACI-NA Annual Conference and Exhibition in Minneapolis, Minnesota, on September 19.

“Lynn was a trailblazer as a woman in the field of aviation law, and her contributions to our industry are undeniable” said ACI-NA Vice Chair Kevin Dolliole. “She is responsible for helping develop the framework under which airports continue to issue debt and was involved with the creation of the Passenger Facility Charge (PFC) program. We are thrilled to recognize Lynn’s vision, accomplishments, and legacy with ACI-NA’s highest honor.”

Goldschmidt has had a wide-ranging and positive influence on the industry. After successfully imagining the development of Chicago’s O’Hare International Airport in 1981, she created the first Airport Services Group at a national law firm. She served as the chair for over twenty years, overseeing services to major airports nationwide. Before her retirement in 2018, she founded D+G Consulting Group, now known as DKMG, to offer strategic and financial advice to the aviation industry. She coined the term “GARB” for General Airport Revenue Bonds.

Each year, ACI-NA presents the Downes Award to an aviation leader who has demonstrated strong and outstanding leadership and action in the cause of airports and aviation as a vital part of the local, national, or worldwide aviation community; successful work for acceptance, development, and support of needed airport programs; cooperation among various segments of aviation, with the goal of bettering airports; or conceived or fostered a creative or innovative approach to solving today’s problems and planning for future airport and aviation development.