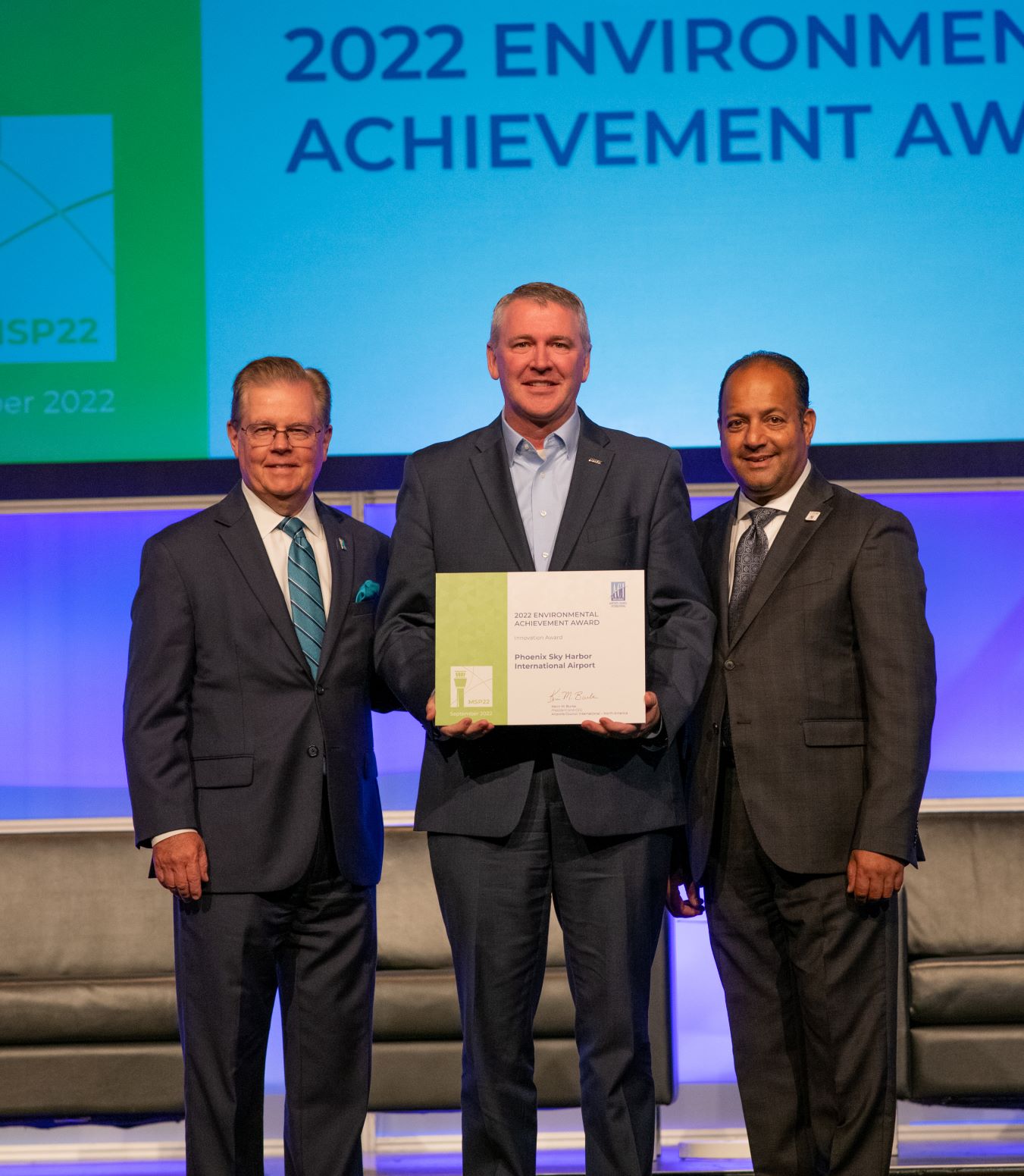 “ACI-NA is proud to recognize this year’s Environmental Achievement Award winners as leaders that have gone above and beyond in their commitment to protecting the environment and serving their passengers and communities,” said ACI-NA President and CEO Kevin M. Burke. “These honorees’ projects and initiatives are examples of the work our industry is doing to address current environmental challenges while also improving operations and facilities. We look forward to seeing even more progress as our airports continue efforts to minimize their environmental footprint.”

Established by the ACI-NA Environmental Affairs Committee, the annual Environmental Achievement Awards acknowledge the hard work and achievements of airport leaders and environmental professionals. ACI-NA annually awards up to five awards in the categories of Environmental Management; Outreach and Communication; Innovation; Mitigation; and Environmental Improvement with Limited Resources. Winners in each category were selected by a panel of judges who reviewed the project’s environmental benefits, innovation, effective implementation, widespread applicability, and cost-effectiveness.

Honorable Mention: Environmental Management: Vancouver Airport Authority (YVR) was selected for honorable mention for their “YVR Roadmap by 2030.” YVR has committed to becoming net zero by 2030, and its roadmap outlines four decarbonization pathways — greening fleets, building energy conservation and electrification, replacing fossil fuels with renewable alternatives, and investing in carbon removals. While achievement of net zero is years away, the the commitment already shown through YVR’s planning and forecasting work, as well as some actions that have already been undertaken, are significant achievements.

Outreach and Communication Award: Indianapolis Airport Authority (IAA) won the award for its “A Model for Integrated & Engaged Design” project. The IAA’s early and ongoing coordination with stakeholders during its $190 million Runway 5R/23L and Taxiway D Strengthening and Capacity Enhancement Project resulted in the application of never-before-used technology and innovative construction methods. The project enhanced environmental, operational, and social benefits while also realizing cost savings through extensive coordination with a key stakeholder (FedEx) and broadening greenhouse gas (GHG) reduction efforts.

Innovation Award: Phoenix Sky Harbor International Airport (PHX) was selected for its Terminal 4 Eighth Concourse project. As PHX states, “the Eighth Concourse in Terminal 4 at Phoenix Sky Harbor International Airport demonstrates that Earth Day is every day. The concourse represents a deliberate, multidimensional effort to minimize the airport’s impact on the environment.” Examples of the sustainability elements integrated into the project include a ceiling comprised of recycled plastic bottles, walls comprised of sustainable paper, recycled concrete, charging stations for electric ground service vehicles, thousands of LED lights, water-efficient fixtures in every restroom, 14,000 square feet of “smart” windows that instantaneously tint to save energy, and a cooling system that saves water and reduces chemical storage.

Mitigation Award: Fairbanks International Airport (FAI) was recognized for its PFAS program. FAI developed a PFAS program to investigate and identify this emerging contaminate at and near the airport to mitigate health risks through proper management and handling during airport projects. Through innovative pilot studies, sampling efforts, and investigations beginning at FAI, the airport was able to implement widespread applicability across the state’s aviation system. The Alaska Department of Transportation and Public Facilities at FAI identified areas to save on costs during investigations and remediation efforts that provided information allowing the department to negotiate contracts in a way that was cost effective to the overall project, allowing additional funds to be used in other areas of this otherwise emerging project where industry best practices were absent.

Environmental Improvement with Limited Resources: Roanoke-Blacksburg Regional Airport (ROA) was selected for its “Rehabilitate Airfield Signage and Lighting” project. The airport completed a project to replace its entire airfield electrical system with new and more sustainable infrastructure. The scope of the project included replacing more than 900 lighting fixtures with an LED-based system to improve operational efficiency and reduce overall energy consumption. ROA also replaced its regulators and cabling with ones optimized to support LED lighting. Since the new system became operational, ROA has seen a 40 percent reduction in the amount of electricity used by the airfield lighting system, as well as a 70 percent reduction in labor hours associated with maintenance. The project also helped reduce material waste associated with fixture repair and bulb replacement.

Selected in 2021 and being honored in 2022, Kris Russell — previously with Dallas Fort Worth International Airport (DFW) — was a tireless and selfless contributor to ACI-NA and its efforts to ensure that North American airports are a meaningful part of a sustainable aviation industry. Kris’s hard work and thought leadership enabled DFW to be a global showcase for sustainable airport practices. Kris also successfully mentored countless other airport environmental practitioners across the U.S. and Canada, helping them consider, design, and implement projects and programs that protect natural resources, address social concerns, and improve airport revenue.