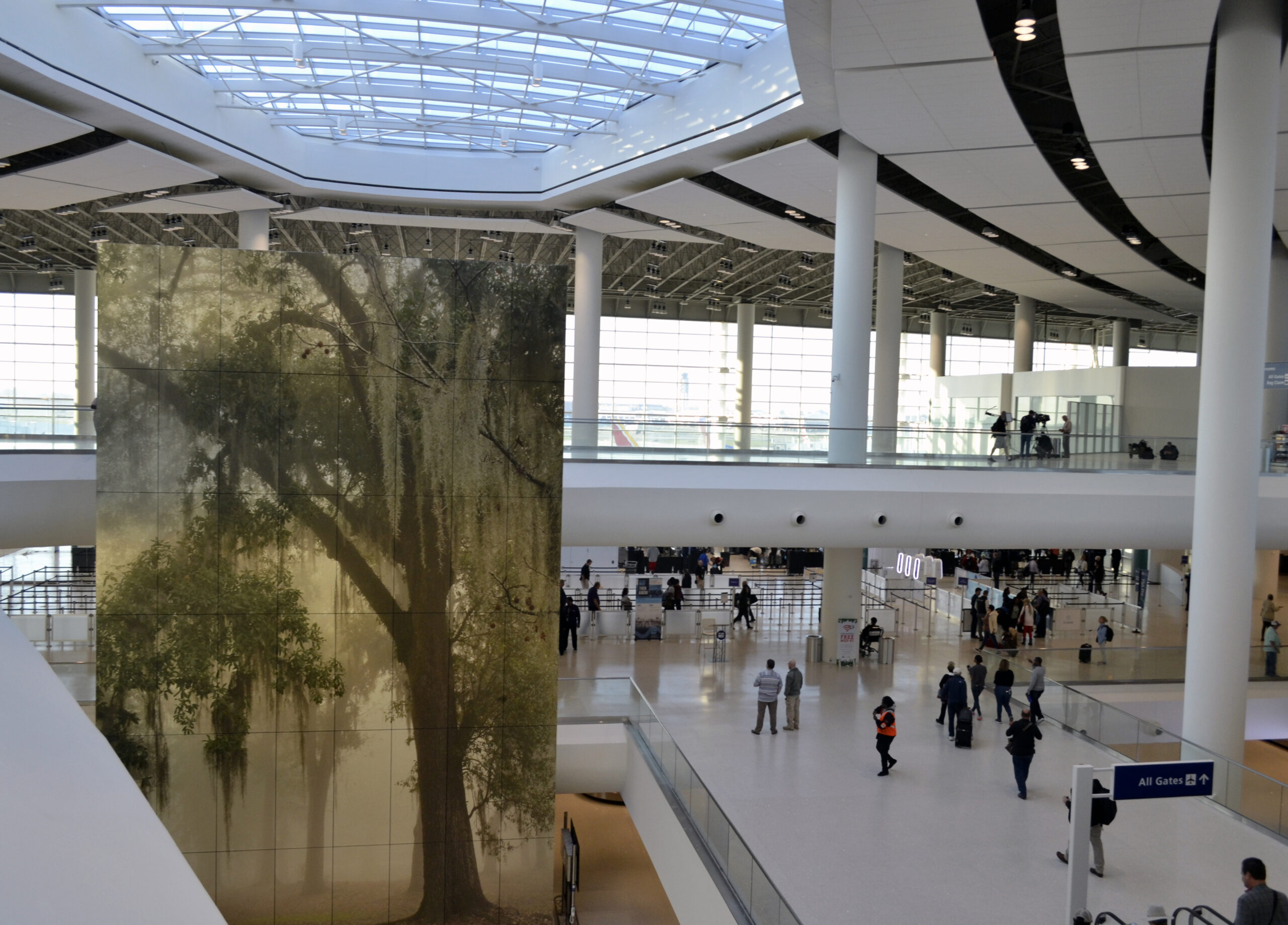 WASHINGTON – Airports Council International – North America (ACI-NA), the trade association representing commercial airports in the United State and Canada, today announced the election of Kevin Dolliole, Director of Aviation for the Louis Armstrong New Orleans International Airport (MSY), as Vice Chair, and Jamie Rhee, Commissioner for the Chicago Department of Aviation, has been elected as Chair of the U.S. Policy Council.  Balram “B” Bheodari, Aviation General Manager at Hartsfield-Jackson Atlanta International Airport (ATL), and Johanne Gallant, President and CEO of Fredericton International Airport (YFC), were elected to the ACI-NA Board of Directors.

“As the aviation industry continues to evolve coming out of the pandemic, the decisions that airport leaders make now will impact the industry’s trajectory for years to come,” said ACI-NA President and CEO Kevin M. Burke.  “I am confident Kevin, Jamie, B, and Johanne will bring their experience and expertise to strengthen our organization and industry as we plan our path forward.”

“I am honored to be elected to this position and am looking forward to continuing to represent and serve North America’s airports,” said Dolliole. “Working alongside a group of incredibly talented colleagues at ACI-NA to continue advancing key industry priorities, I have no doubt that the airport industry’s brightest days are ahead.”

As the Director of Aviation for Louis Armstrong New Orleans International Airport (MSY), Dolliole manages operational, organizational, and development initiatives, including the $1 billion airport terminal that opened in fall 2019. Under his leadership, MSY was ranked as the number one large airport in North America for customer satisfaction based on J.D. Power’s 2021 North America Airport Satisfaction Study. With more than 40 years of experience in the aviation industry, Dolliole previously worked as Director of Airports at St. Louis Lambert International Airport (STL) and Aviation Director at San Antonio International Airport (SAT). Prior to being named Vice Chair of ACI-NA, Dolliole served as Chair of the ACI-NA U.S. Policy Council.

“With the U.S. government making a once-in-a-generation investment in the nation’s transportation infrastructure, there’s never been a more exciting time to work on policy initiatives to support American airports,” Rhee said. “It is an honor and a privilege to serve ACI-NA’s U.S. Policy Council in this new role.”

Named Commissioner for the Chicago Department of Aviation in 2018, Rhee oversees operations at both O’Hare and Midway International Airports – one of the largest airport systems in the world. Over the course of a 28-year career at the City of Chicago, Rhee has served in multiple positions at the airports, from customer service foreign language assistant while in law school, to General Counsel for the O’Hare Modernization Program (OMP). In 2008, Rhee was named as the City’s Chief Procurement Officer. Rhee has dedicated much of her career to diversity, equity, and inclusion. The procurement reform efforts she led during her career have received national and international recognition, and Rhee herself has received dozens of industry awards for her contributions.

“It will be my privilege to serve on the ACI-NA Board of Directors with such an impressive group of leaders,” said Bheodari. “The aviation industry plays a vital role in bringing people and goods together, and ACI-NA will ensure the industry – through collaboration among airports across North America – is positioned for continued success in the decades ahead.”

As leader of the world’s busiest and most efficient airport, Balram “B” Bheodari oversees all facets of Airport governance, including operations and a multibillion-dollar capital improvement program designed to pave the way for Atlanta’s growth over the next 20 years. His priorities are focused on three strategic pillars: People, Purpose and Performance. Those pillars encompass a comprehensive safety and security platform, a robust customer experience program, a sustainable enterprise, healthy financial performance, innovative technology framework, and completion of ATL’s critical capital program on schedule and within budget. A retired Army aviator, Bheodari navigated ATL through the most challenging period of the COVID-19 pandemic, from drawdown to resumption of its expansive operations. He has an extensive career in aviation executive management.  In early 2009, Bheodari commissioned ATL’s first Operational Readiness and Transition (ORAT) team, which developed and implemented the activation plan for a consolidated Rental Car Center and the ATL SkyTrain, automated people mover. Two years later, he expanded the ORAT team and spearheaded the 1.2-million-square-foot Maynard H. Jackson Jr. International Terminal opening, which accommodated more than 12 million international travelers each year before the pandemic.

“As our industry evolves to meet new opportunities and demands, the work of Airports Council International – North America is more important than ever,” said Gallant. “I am honoured to serve with this group of dedicated professionals focused on enhancing aviation’s role in connecting communities worldwide.”

Gallant joined the Fredericton International Airport Authority (FIAA) in March 2015, bringing over 30 years of success in the fields of marketing, sales and international trade to New Brunswick’s capital city. Under her leadership, YFC has become one of the fastest-growing airports in Atlantic Canada and has completed its most ambitious capital project to date, a $32-million terminal expansion and renovation, ahead of time and under budget—in the midst of a global pandemic. Prior to joining the FIAA, Gallant spent over a decade leading the considerable growth at the Greater Moncton International Airport as Director of Airport Commercial Development and Acting President and CEO (2011-2014). Prior to that role she held various positions with the New Brunswick Department of Tourism and Economic Development including Director of Marketing and Trade Sales.