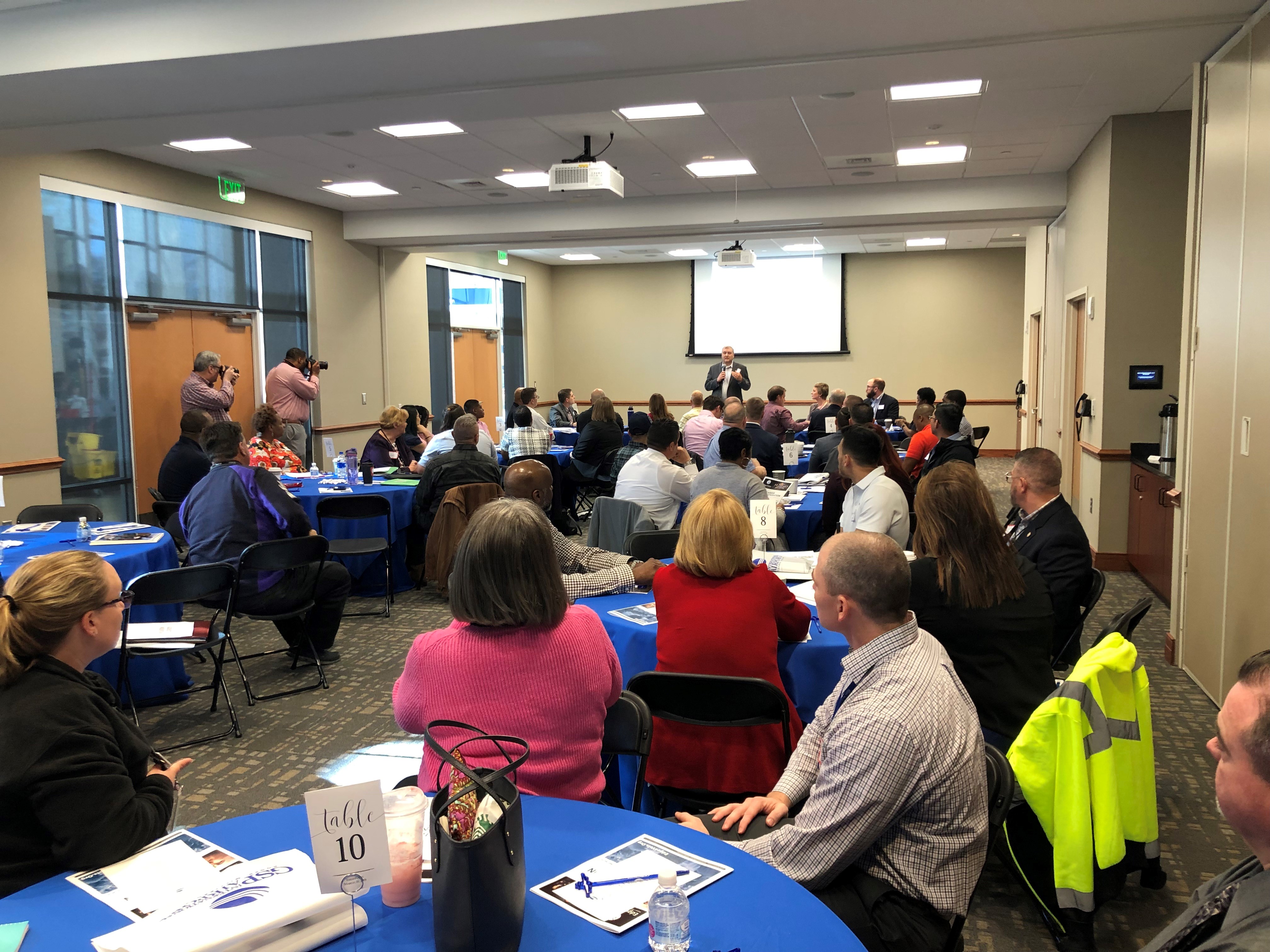 Independence Day is more than fireworks and cookouts.  It’s a special day we celebrate liberty and those who have helped secure the freedom we cherish today.

Honoring our veterans is a top priority for the airport industry.  That’s why ACI-NA partnered with Edge4Vets in 2014 with the shared goal of connecting America’s – and now Canada’s – veterans with airports across the country to place them in careers that utilize the valuable skills they learned while serving in the military.

Earlier this year, Greenville-Spartanburg International Airport (GSP) collaborated with Edge4Vets and the Upstate Warrior Solution to host a workshop for the region’s veterans.

“We are proud to bring Edge4Vets to South Carolina,” said Dave Edwards, GSP’s president and CEO. “This will be a good opportunity for Upstate employers to identify talent while mentoring veterans transitioning into the workforce or those looking for new opportunities.”

“Many veterans have valuable skills that are beneficial to employers, but they sometimes have difficulty selling themselves,” said Tom Murphy, Edge4Vets’ founder. “People serving in the military learn to work as a team and they sometimes don’t think in terms of their individual accomplishments and skillsets. Some also become so accustomed to using the language and lingo used in the military that civilian employers might not understand what they are saying. These slight adjustments can make a difference in a veteran landing a job and getting on a desirable career path.”

Is your airport interested in becoming an Edge4Vets partner? Airports across North America are partnering with Edge4Vets and ACI-NA to help connect veterans to aviation careers. Current participants include GSP, LAX, HOU, MIA, JFK, CVG, and more.

Contact Tom Murphy to learn more about hosting a workshop in your community. Edge4Vets is offered by the Human Resiliency Institute at Fordham University. Learn more here.