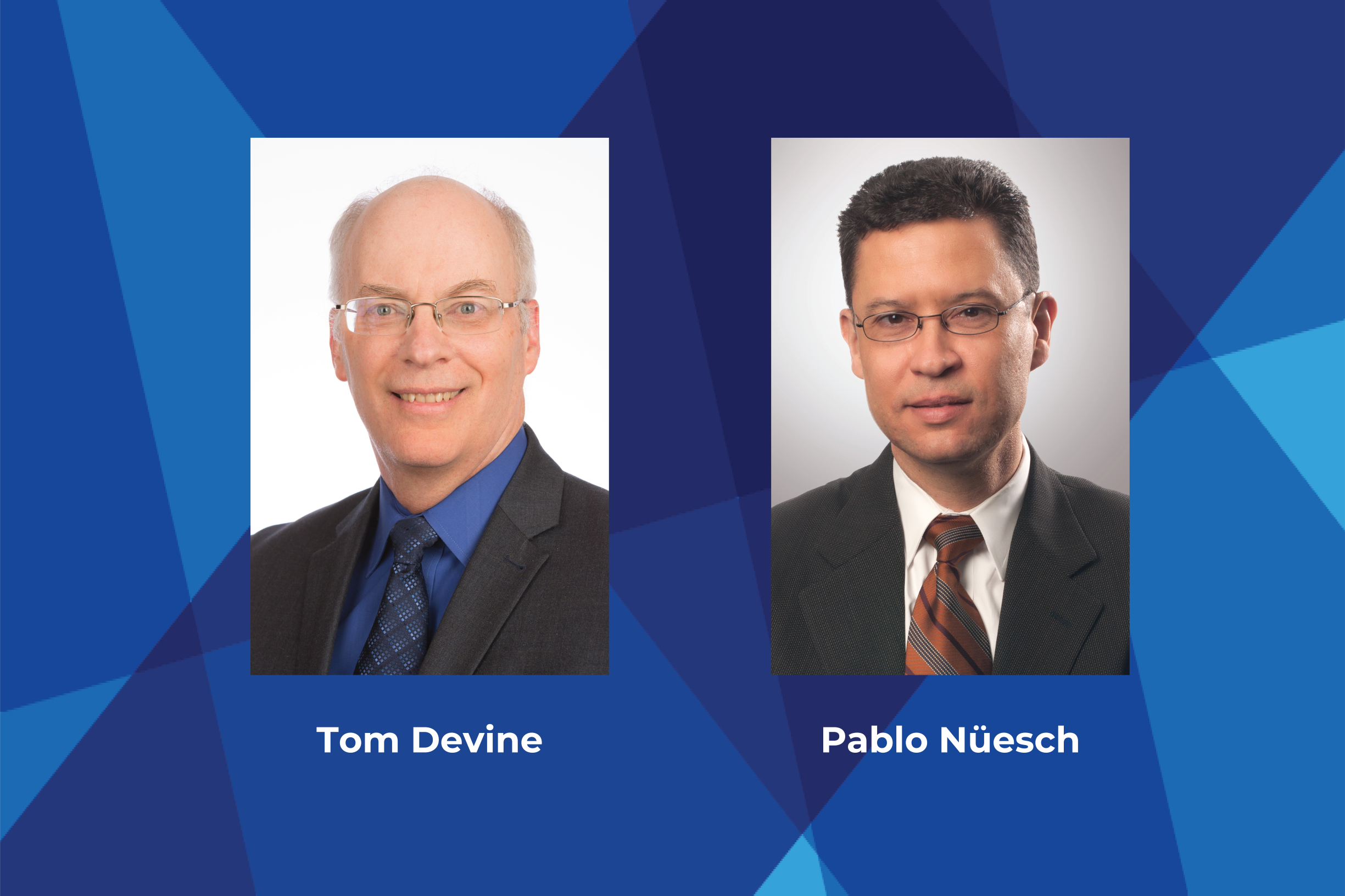 “Everyone at ACI-NA is grateful for Tom’s dedicated service to our organization and the North American airport industry,” said ACI-NA President and CEO Kevin Burke. “He has been a trusted advisor to our members throughout the years, and we have all benefited from his guidance and extensive knowledge of the industry. Tom will be truly missed, but we wish him the very best in his future endeavors.”

Devine rejoined ACI-NA as General Counsel in April 2014. He has provided legal and strategic counsel to the ACI-NA President, Board, and staff, and represented the interests of airports in regulatory, administrative, and judicial proceedings, as well as government-industry task forces and professional associations. He assisted airport members on legal issues and served as secretary to the Legal Affairs Committee.

“Tom’s expertise in law and aviation has served our industry well throughout his career,” said Cincinnati / Northern Kentucky International Airport CEO and ACI-NA Board of Directors Chair Candace McGraw. “His contributions to ACI-NA are greatly appreciated, and we look forward to building on the excellent work he has already done.”

“Tom has been a critical part of advancing airport industry priorities over the last several years,” said Greater Asheville Regional Airport Authority Executive Director and ACI-NA Board of Directors Vice Chair Lew Bleiweis. “He has worked tirelessly on behalf of the airport industry and dedicated his career to our cause. We appreciate his years of service and thank him for all of his efforts.”

Prior to rejoining ACI-NA, Devine spent 22 years representing airports in private practice on matters relating to rates and charges, use of airport revenue, passenger facility charges, air service incentives, and other issues involving implementation of airport initiatives, while complying with federal requirements. He also served as General Counsel to the National Airline Commission in the summer of 1993 and spent 6 years as an FAA attorney in the Legislative Staff of the Chief Counsel’s Office, where he reviewed and drafted legislation, and prepared agency witnesses for congressional hearings.

Nüesch has over thirty years’ experience in the field of airport law, policy, and administration, working for, or on behalf of, airports throughout the United States. For the past 21 years, as an attorney at Spiegel & McDiarmid LLP, Nüesch has counseled airports on matters of U.S. law and policy, and has represented their interests before federal agencies, in the federal courts, and on Capitol Hill. Before joining Spiegel, Nüesch represented the Richland-Lexington Airport Commission in Columbia, South Carolina. Earlier in his career, Nüesch was an airport consultant, providing advisory services in support of the management and development of airports and financing of airport projects throughout the U.S. and in the Caribbean.

“We are thrilled to have Pablo joining the ACI-NA team next year,” said Burke. “His decades of experience in the industry have positioned him well to step into this important role and serve our organization and members. Pablo is among the best in the industry and we look forward to officially bringing him on board.”

Nüesch will join ACI-NA on April 16, 2020, to facilitate a smooth transition.

Nüesch has been an active participant in a number of ACI-NA committees, including as a former member of ACI-NA’s Legal Affairs Committee Steering Group. He is a member of the American Bar Association and its Air and Space Forum and State and Local Government Law Section, and the Federal Bar Association and its Transportation and Transportation Security Law Section. He is admitted to practice before the courts of the District of Columbia, the State of South Carolina, and a number of Federal Circuits. Nüesch is a graduate of the Florida Institute of Technology as well as the University of South Carolina School of Law.