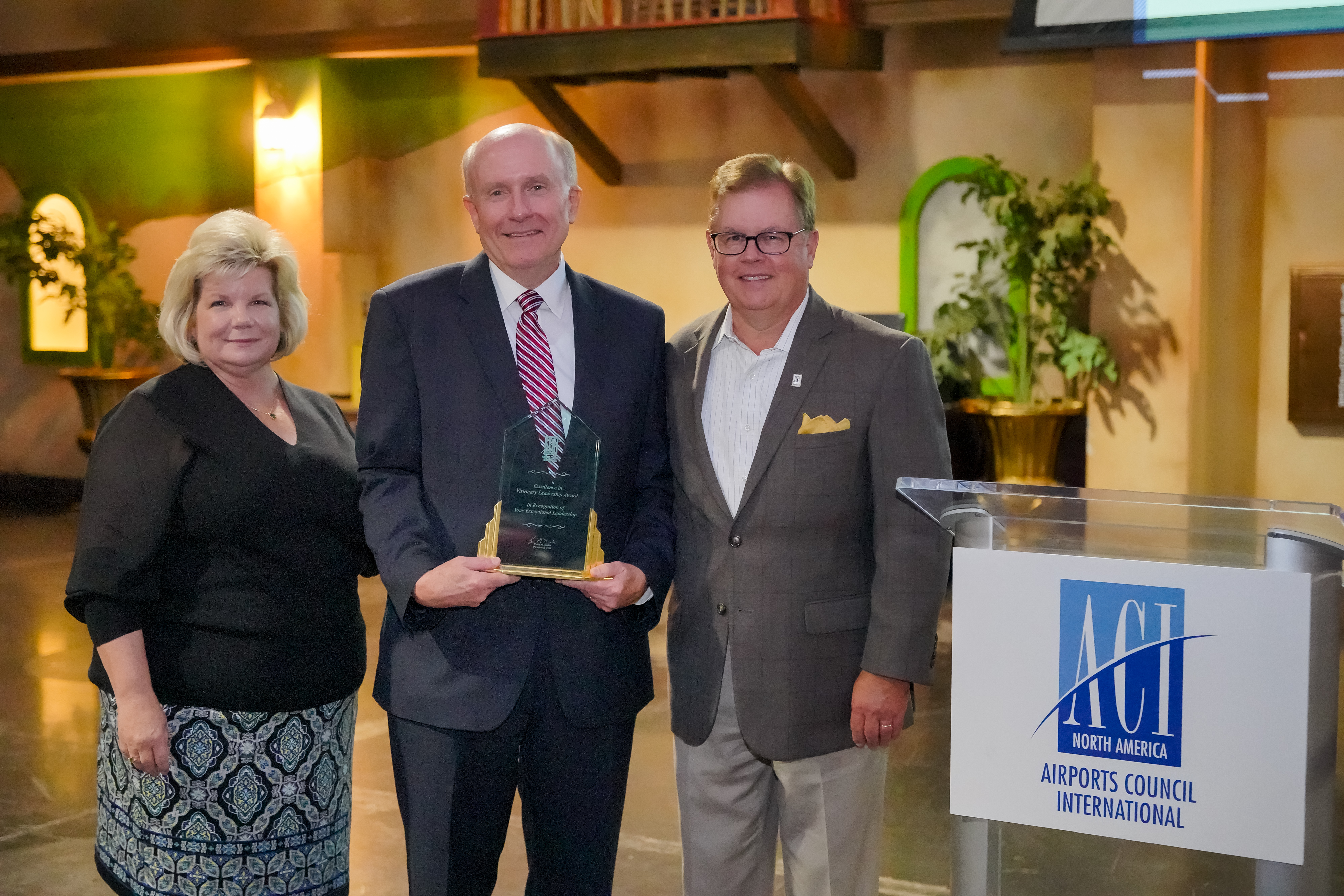 TAMPA, FL – Airports Council International – North America (ACI-NA) today announced that James E. Bennett, Director of Aviation Services for the city of Phoenix, was named this year’s recipient of the Excellence in Visionary Leadership Award. The award was announced during the 2019 ACI-NA Annual Conference and Exhibition in Tampa, FL.

“ACI-NA is pleased to recognize the distinguished leadership of Jim Bennett with the 2019 Excellence in Visionary Leadership Award,” said ACI-NA President and CEO Kevin M. Burke. “As the Director of Aviation Services at Phoenix Sky Harbor International Airport, Jim leads one of America’s busiest airports with integrity and the understanding that employee alignment is critical to execute a sound, unified business strategy. His dedication to PHX and its 45 million annual passengers is unmistakable, and will ensure the continued success of the airport and the local Phoenix community.”

“It’s a great honor to receive ACI-NA’s Excellence in Visionary Leadership Award,” said Bennett. “I am proud to be at the helm of America’s Friendliest Airport, where we strive to foster an environment of continued growth and mutual respect. Our team knows that no idea is too small, and this award embodies the hard work of the more than 57,000 employees, who remain committed to delivering an exceptional airport experience.”

Bennett was named Director of Aviation Services at the city of Phoenix Aviation Department in 2015. The city of Phoenix Aviation Department owns and operates Phoenix Sky Harbor International Airport as well as two general aviation airports – Phoenix Deer Valley and Phoenix Goodyear. His more than 40-year career has included roles such as CEO of the Abu Dhabi Airports Company, President and CEO of the Metropolitan Washington Airports Authority, Director of Airports for the Shreveport Airport Authority, and president of his own consulting firm, among others.