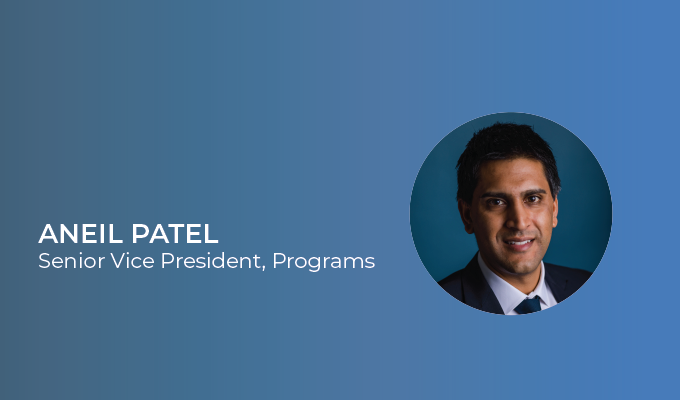 “During his time at ACI-NA, Aneil has a been a driver of change and innovation for our industry,” said ACI-NA President and CEO Kevin M. Burke.  “Whether helping develop Mobile Passport or creating our U.S. Airport Professional accreditation program, Aneil brings an insightful entrepreneurial and business sense to our organization.  I look forward to working with him in this new capacity as we continue to deliver exceptional services to our members and the airport industry.”

Patel currently serves as Vice President of Air Policy.  In his new role, Patel will oversee the development and implementation of ACI-NA products and services, including the growth of ACI-NA’s U.S. Airport Professional accreditation program and ACI-NA conferences and events.

Aneil is a graduate of Loughborough University, with a BSc in Air Transport Management. In 2016, he completed his masters (MSc) in Airport Planning and Management at Cranfield University in the United Kingdom.