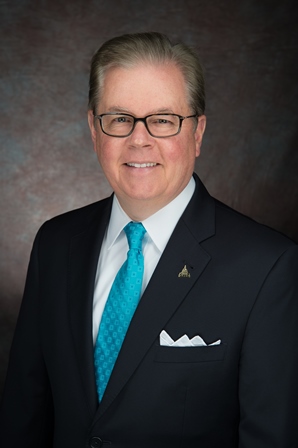 Kevin M. Burke joined Airports Council International – North America (ACI-NA) as President and Chief Executive Officer in January of 2014. Since he joined ACI-NA, Burke has expanded ACI-NA’s reach and influence as the Voice of Airports® in North America by amplifying the important role airports play in our everyday lives, unifying the industry behind shared priorities, and advancing a common cause with non-traditional allies.

In addition to his proven government relations background and immense experience managing associations, Burke is a visionary leader who serves the airport industry as a passionate advocate for legislative and regulatory policies that strengthen the ability for airports to serve their passengers, customers, and communities.

Prior to joining ACI-NA, he served for 13 years as President and CEO of the American Apparel & Footwear Association (AAFA). Growing its member programs, its financial position, its standing on Capitol Hill and around the world are among his many accomplishments at AAFA.

Burke began his career in 1979 at the Republican National Committee and later the Reagan-Bush Presidential Campaign, where he served as Outreach Director for the campaign’s Nationalities Division. Following the campaign, he moved to Capitol Hill to work as a legislative assistant and later press secretary to Representative Norm Lent (R-NY). Burke has more than 30 years of experience as a government relations professional, having previously led government affairs efforts for Food Distributors International, the American Bakers Association, and the National Association of Broadcasters.

Burke is a graduate of American University in Washington D.C., with a Master’s degree in Public Administration. He also holds a bachelor’s degree in Political Science and Government from the State University of New York at Brockport. Kevin and his wife Barbara Ianniello reside in Great Falls, Virginia.