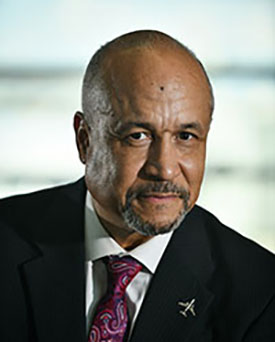 WASHINGTON – Kevin Dolliole, Director of Aviation for Louis Armstrong New Orleans International Airport, was today elected to the Board of Directors for Airports Council International – North America (ACI-NA), the trade association representing airports in the United States and Canada. Because he was elected to fill an unexpired term, he will be joining the Board immediately.

“We are pleased to welcome Kevin to the Board of Directors,” said ACI-NA President and CEO Kevin M. Burke. “With a track record of proven leadership and excellence, he is a strong addition to our industry leadership. As airports continue to work towards our new normal, we look forward to working with Kevin to advance airport priorities and navigate these times.”

“I am truly honored to be elected to ACI-NA’s Board of Directors,” said Kevin Dolliole. “I look forward to the opportunity to serve on the board of such an esteemed organization in the aviation industry—especially during a time when this industry is facing such unprecedented challenges.”

A complete list of the ACI-NA Board of Directors and leadership is available here.