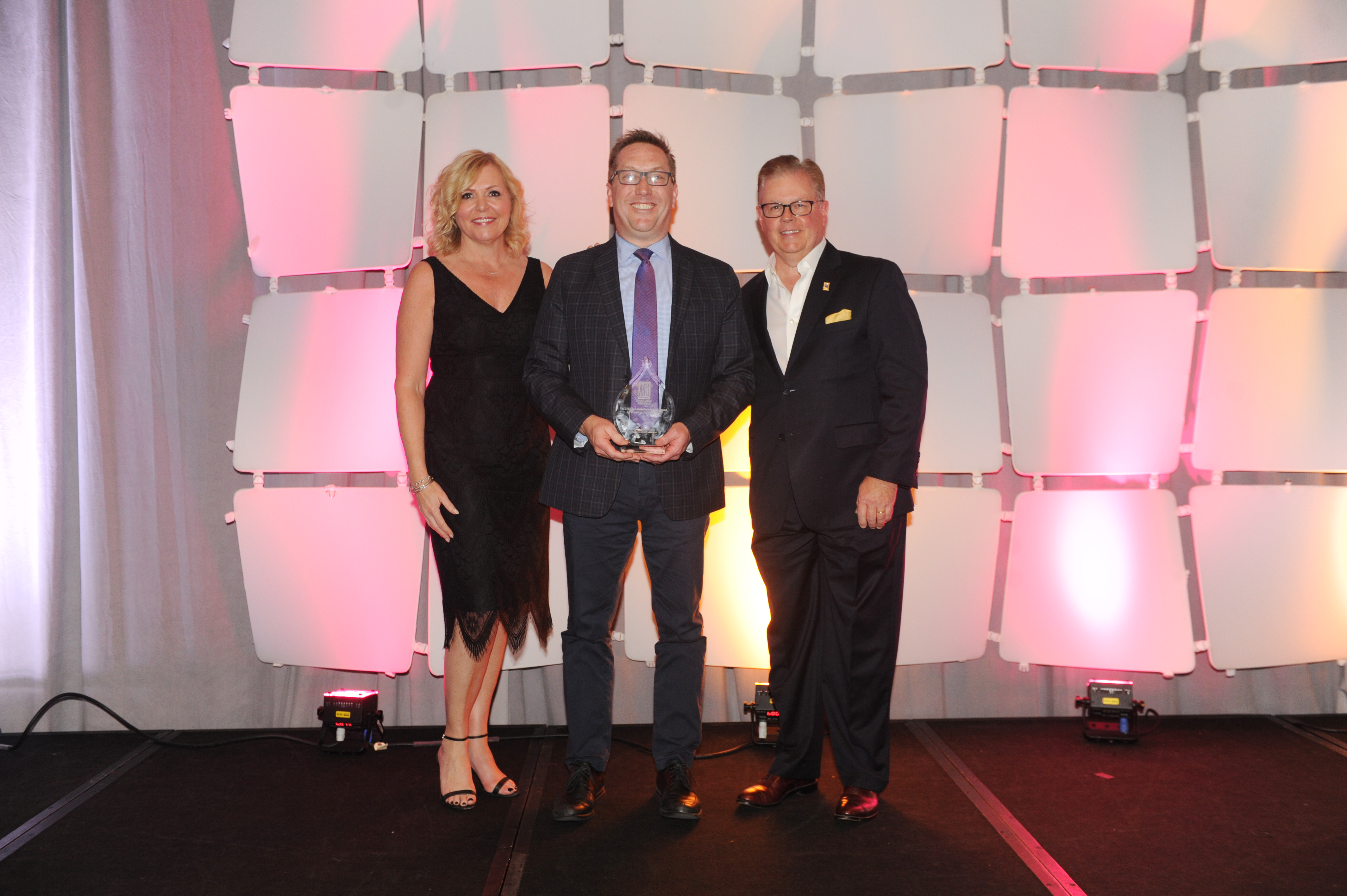 Miami, FL – Airports Council International – North America (ACI-NA) today announced Brad Martin, recently retired Deputy Director of Aviation Customer Service at Boston Logan International Airport, as the recipient of the 2019 Ted Bushelman Legacy Award for Creativity and Excellence. The Bushelman Award, an award recognizing the accomplishments and contributions of airport marketing, communications, and customer experience professionals, was presented to Martin during an awards gala on November 7, 2019, at the ACI-NA Marketing and Communications Conference in Miami, FL.

“Anyone who knows Brad Martin knows his enthusiasm and expertise for airport customer service,” said ACI-NA President and CEO Kevin M. Burke. “Over the course of his career and through his leadership with ACI-NA, Brad has continually demonstrated an unwavering commitment to increasing the accessibility of air travel.  Brad exemplifies the spirit of the Bushelman Award because of his willingness to mentor those in the industry about the importance of a seamless passenger experience.”

Recently retired after 29 years with the Massachusetts Port Authority, Martin was the Deputy Director, Aviation Customer Service from November 2000 through July 2019. He was responsible for all customer service activities and initiatives at Boston Logan International Airport, including overseeing a staff of 60 customer service personnel, public information agents, call center operators, and foreign language interpreters.

In addition, Martin is well known and highly regarded for his 2011 inception of the Wings for Autism program that is now being replicated at nearly 70 airports in the United States and Canada. The Wings for Autism program was developed to assist families with special needs to gain the practice to travel comfortably in today’s air travel arena. By the end of his tenure at Boston Logan more than 7,000 children on the autism spectrum had attended Logan’s bi-annual Wings for Autism event.

Martin is now the principal and owner of Martin CX Consulting, a customer experience consulting firm launched in August 2019.

The Ted Bushelman Legacy Award for Creativity and Excellence is named for its first recipient, Ted Bushelman, who served as Senior Director of Communications at the Cincinnati-Northern Kentucky International Airport for 40 years.

The award is presented each year to an individual nominated and selected by his or her peers in the airport industry. This special award recognizes the values, accomplishments and creativity of airport marketing, communications, and customer experience professionals who also share those talents and contribute to the legacy of professionalism experienced throughout our meetings and programs.

In addition, the individual who is selected must have a record of demonstrating his or her skills, expertise, and professionalism in some or all of the following areas: