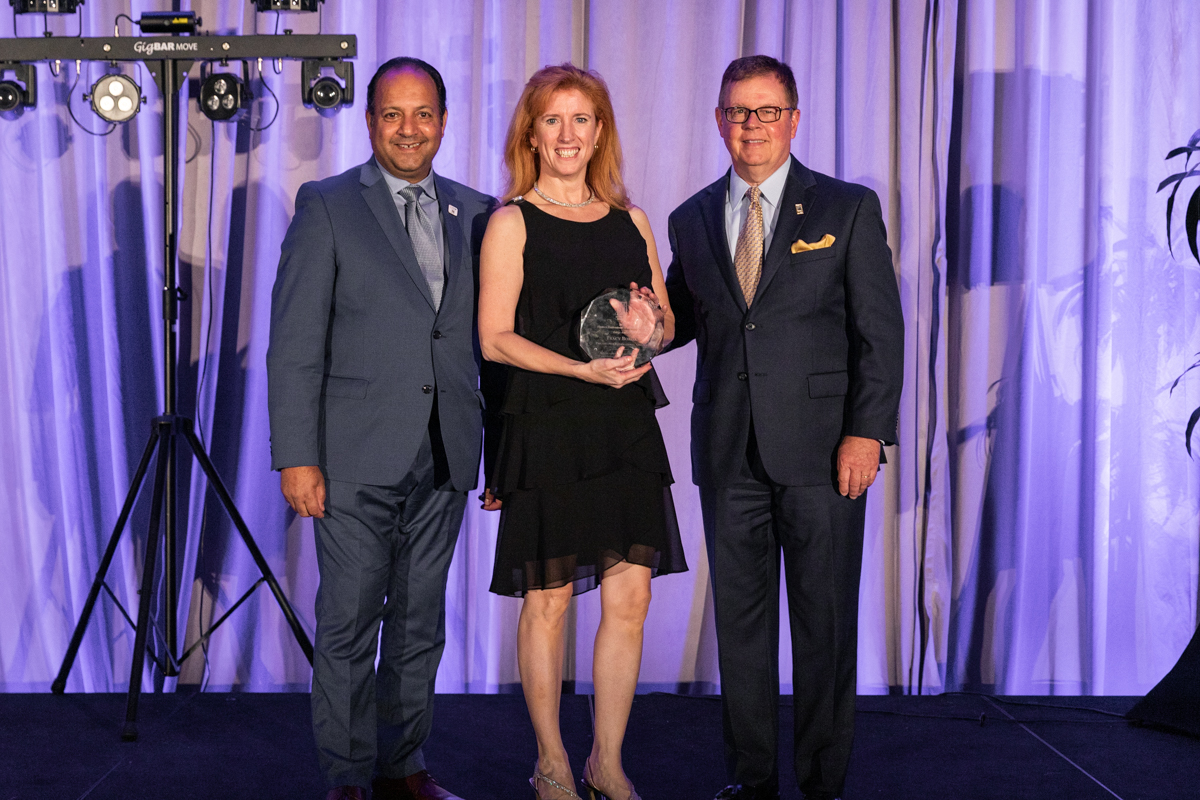 “The COVID pandemic has placed incredible strains on our airports — only adding to the funding challenges so many already faced — but finance professionals like Tracy and Eric stepped up to address them head on,” said ACI-NA President and CEO Kevin M. Burke. “Financial stability and innovation have been imperative to our industry’s ability to tackle the challenges we’ve faced, and this year’s winners developed and delivered the kinds of financial solutions their airports and employees needed during a very difficult time.”

The recipients were announced during an awards gala dinner at the 2022 ACI-NA Business of Airports Conference in Phoenix, Arizona, which was attended by nearly 550 commercial management, business diversity, human resources, and finance professionals from the North American airport industry.

With nearly three decades of service at PHL, Tracy Borda has dedicated her professional career to her airport and the broader aviation industry with a proven track record of success. Joining PHL as Internal Audit Manager in 1995, she has held five different positions culminating in being named Chief Financial Officer in 2016. Throughout the pandemic, Borda has directed the airport’s operating and capital financial strategy, including the implementation of an airport-wide initiative that has resulted in more than $180 million in reduced expenditures. Since 2020, Borda has managed the issuance of two airport bond deals and refinanced existing debt, bringing in $200 million in new financing for capital projects and producing approximately $100 million in upfront savings during the hardest-hit years of the pandemic. Additionally, Borda successfully negotiated the defeasement of $54 million in outstanding parking debt and the cancellation of a 47-year-old lease and management contract with the airport’s parking provider, which is estimated to result in a more than $10 million increase in annual net parking revenue to the airport. Borda currently serves as Second Vice Chair of the ACI-NA Finance Committee.

As Executive Vice President and Chief Financial Officer, Eric Sprys is a creative problem solver who works diligently to improve upon transactions and processes for the airports operated by the Allegheny County Airport Authority (PIT and AGC). Sprys has spearheaded efforts to secure financing for PIT’s Terminal Modernization Program (TMP), a large-scale infrastructure improvement program that will shape the future of travel in the region. Sprys effectively worked through rapidly changing market conditions amid the pandemic and defeased all outstanding debt to finance the $1.4 billion terminal. He has created and adopted a state-of-the-art master trust indenture for general airport revenue bonds, negotiated a $150 million bank line of credit for interim project financing, and obtained more than $1 billion in bond proceeds at historically low interest rates, the largest deal in the Authority’s history. Sprys is a member of the ACI-NA Medium Hub Airport Committee.