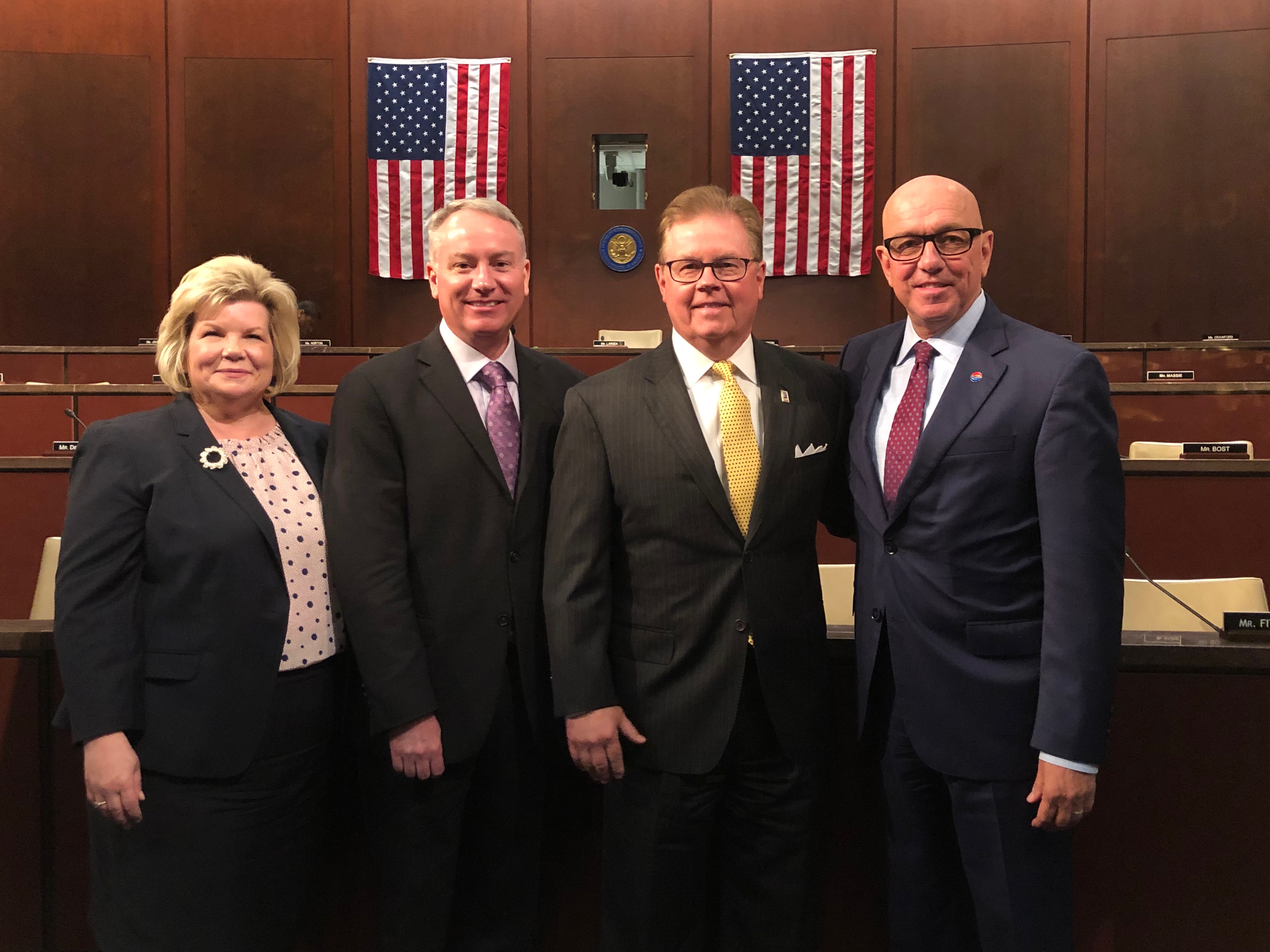 House T&I Committee Holds Hearing Titled “The Cost of Doing Nothing: Why Investment in our Nation’s Airports Matters

Yesterday, airports from across the country testified before Congress on the need to modernize the way we fund airport infrastructure. In a House Transportation and Infrastructure Committee hearing titled “The Cost of Doing Nothing: Why Investment in our Nation’s Airports Matters,” representatives from the Spokane, Tampa, and Cincinnati/Northern Kentucky airports argued that America’s airports are in dire need of improvements in order to keep up with passenger and cargo growth.

The airports highlighted that the best solution is modernizing the Passenger Facility Charge (PFC). The PFC is a local user fee that airports rely on to repair aging facilities, improve aviation safety, and accommodate rising demand. A recent Airports Council International-North America (ACI-NA) study found that America’s airports require more than $128 billion in infrastructure upgrades by 2023, with more than 56 percent of the needs inside aging terminals.

ACI-NA President and CEO Kevin Burke recently penned an op-ed on the need to modernize the way we fund airports. You can read it here.

Highlights from the hearing can be found below.

“Today we will drill down more on the ever-growing funding needs of airports…Passenger terminals are outdated…this in turn affects the price that all Americans pay for airline tickets…U.S. airports are doing the best they can to meet ballooning needs…What can Congress do? We need to increase the cap on the PFC… Simply put, the PFC enables local decisions about what’s best for airports and their surrounding communities…”

“Small hub airports like Spokane play a very large role in the economic vitality of our surrounding regions…unfortunately the status quo is not working when it comes to funding infrastructure investments that our airports desperately need…doing nothing is simply not an option for Spokane…I strongly urge this committee to come together on a bipartisan basis…to increase the PFC.”

“…This past year we broke our previous passenger record…this growth would not have been possible without the Passenger Facility Charge…These flights have delivered $1.6 billion in economic impact for our region and supported 17,800 jobs. This would not have happened without the PFC…The issue here is control and competition…we need to let the local people make the decisions…”

“…One of the most important things I hope you take away from today is that airports are running out of time for Congress to remove the outdated cap on the PFC. Our airports are aging; our terminals are woefully inadequate relative to keeping pace with the growth in passenger demand and processing. Airports have investments to make now; we have jobs to support and create today.”

“Airports need to make substantial new investments to meet the capacity demands of the future with safe, efficient, and modern facilities that passengers and businesses expect. Unfortunately, existing federal law underfunds key programs and inhibits the ability of airports to self-fund these important terminal, runway, and ground-access projects.”

“Even with current investments, the needs of our airports continue to grow due to increases in both passenger and cargo traffic. Because of such growth, far too many airports around the country are overcrowded, outdated and cramped. Over the next five years, America’s airports will require over $128 billion in infrastructure upgrades. With need so great, we urge Congress to explore all funding options for airport infrastructure, including adjusting the Passenger Facility Charge and providing additional funding for the Airport Improvement Program.”

“Our members recognize there is a need for increased investment in airport infrastructure because they employ tens of thousands of workers in good-paying jobs that are directly and indirectly connected to terminal, parking, ramp, apron, runway, and taxiway construction. Providing the opportunity for airports to make new investments in their facilities is imperative to meet the growing demand and would also help our industry continue to invest, grow and create good jobs in our local communities….”