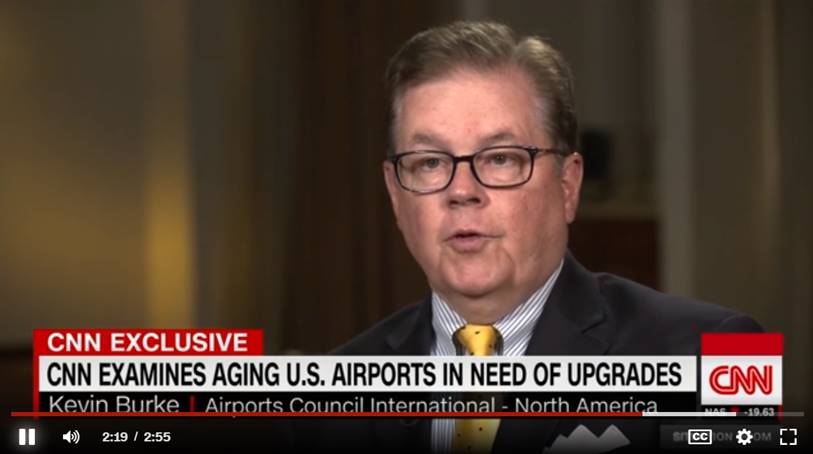 In an interview with CNN’s Nick Watt, Burke explained that Congress can help American airports make much-needed renovations by updating the 20-year-old PFC.

“…the bottom line is we have old airports in this country,” Burke explained. “For less than a cup of Starbucks coffee we can modernize American airports…Considering how important the airports are to the economy of the United States, I think it’s absolutely critical for Congress to make that decision to help us out.”

A recent ACI report found that America’s airports require more than $128 billion in infrastructure upgrades by 2023. You can watch the full clip here.