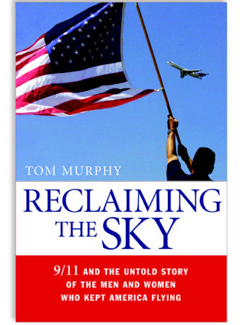 The airport industry is no stranger to adversity. We have faced many challenges over the years, though none can stand against September 11, 2001 and the COVID-19 pandemic. These crises, nearly two decades apart, represent the greatest disruptions aviation has ever seen. However, resilience is the hallmark of the airport industry. We always respond, no matter the challenge and that spirit will never give way to defeat.

The 20th anniversary of September 11, 2001 is drawing near at a time when the airport industry is moving steps forward on the path to recovery from COVID-19. This presents an opportunity to reflect on the obstacles that resulted from September 11th, learn and apply those principles to the existing crisis.

Fordham University’s Human Resiliency Institute is working in partnership with other aviation industry organizations, including ACI-NA, to give today’s aviation workers and students an opportunity to learn resiliency lessons from September 11th’s aviation heroes.

The project, Reclaiming the Sky Resiliency Essay Competition, will be part of a tribute to aviation workers on the 20th Anniversary of September 11th later this year. This project draws on the courageous stories of airport and airline workers in Boston, New Jersey, New York, Washington, D.C. and Shanksville, PA, profiled in Tom Murphy’s book, Reclaiming the Sky: 9/11 and the Untold Story of the Men and Women Who Kept America Flying.

The essay competition will kick off on Wednesday, April 21 with a webinar featuring representatives from several organizations and others in aviation to collaboratively put a focus on the courage of aviation workers on September 11th and make “Never Forget” into an action statement.

In addition, ACI-NA’s Human Resources Committee will assist in leading an awareness campaign at its member airports to promote this project.

The essay competition is divided into three categories: Airport Workers, Airline Employees (including flight attendants and pilots,) and Students. The award in the Airport category will be named for the late Susan Baer, former General Manager of Newark Liberty International Airport on September 11, 2001 where Flight 93 departed. The Airline category will be named for Ken and Jennifer Lewis, husband and wife flight attendants who perished on Flight 77 that crashed into the Pentagon. The Student category will named for Marianne MacFarlane and Jesus Sanchez, two United Airlines agents at Boston Logan International Airport who perished on Flight 175 that crashed into the South Tower. Honorable Mention awards will be named for Betty Ong, the American Airlines flight attendant who called in from Flight 11 to report the hijackers. Awards of $1000 will be presented for each category.

Essays will be accepted online at reclaimingthesky.com until Tuesday, August 10. The announcement of the winners will be made in early September as part of the commemoration of the 20th anniversary of September 11, 2001.

For full details on the project, and to register, please visit reclaimingthesky.com. Program details can also be seen in a video clip here.