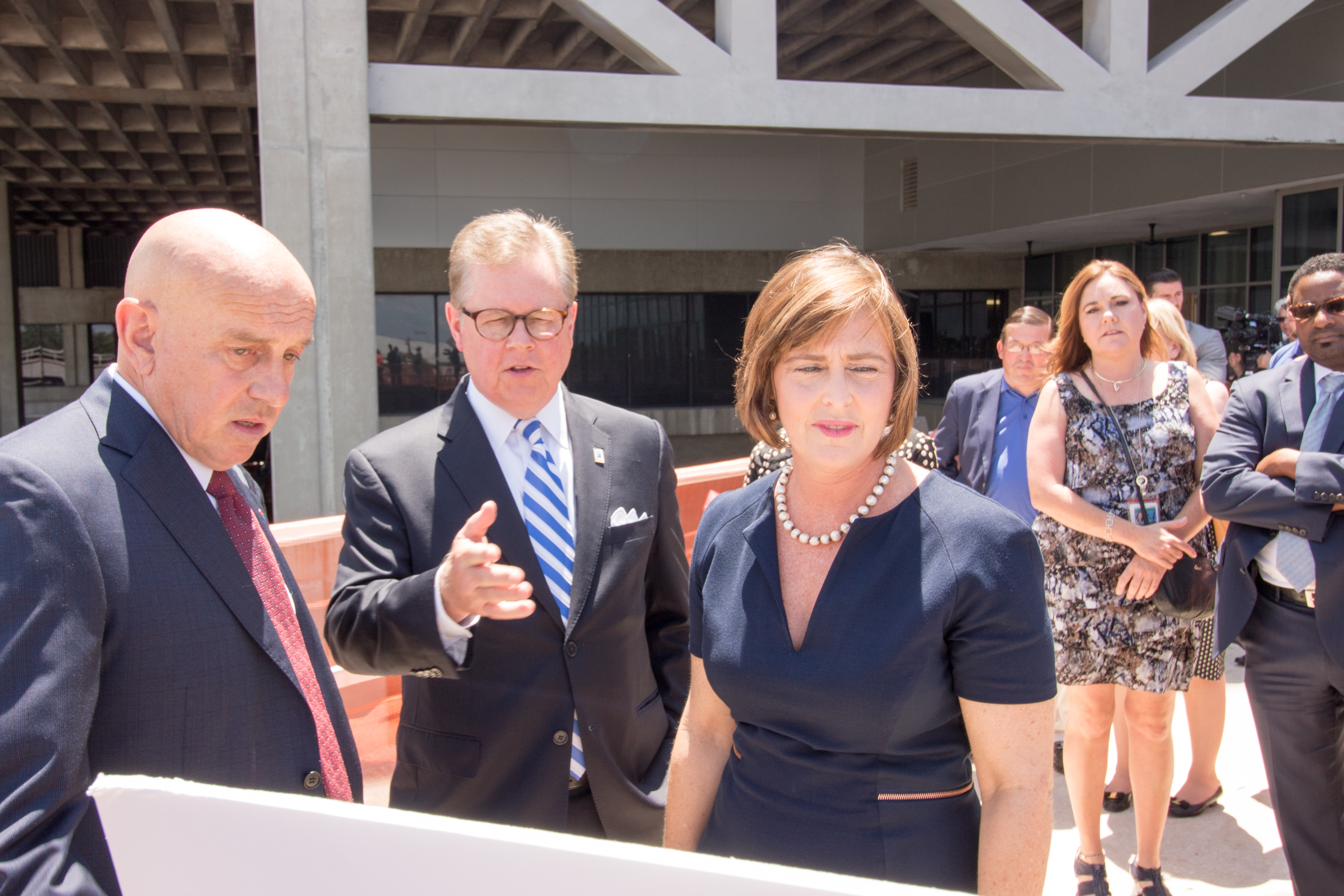 In a press conference and tour of recent airport improvements as well as the location of a future new 16-gate airside, lawmakers and industry leaders called for robust infrastructure investment that includes significant funding for airports.

At a press conference in the atrium of Airside F, where an expansion was completed in 2012, airport CEO Joe Lopano highlighted the need to invest in facilities that will increase airline competition to give passengers more choices and grow air service to support economic development in the region.

“By improving this facility, we were able to accommodate new flights to Switzerland, Panama and Germany. Those flights have had an economic impact on our region that totals hundreds of millions of dollars, a huge return on a $26 million investment,” Lopano said.

The project was partly paid for with revenues from Passenger Facility Charges (PFC), a fee attached to each airline ticket that is used to make airport upgrades that increase capacity or improve safety. Congress has not adjusted the fee since 2001.

“We have got to have a major investment in this country that will help create jobs and lift people in communities across the country,” said U.S. Rep. Kathy Castor, who introduced an amendment to a Federal Aviation Authority reauthorization bill last month that would cap baggage fees by the same amount of the PFC and tie any increase to increases in the PFC. “Part of that has got to be allowing airports – which have been very good stewards of local, state and federal money – to have a little bit of extra room to make those investments in our communities.”

Former Pennsylvania Governor Ed Rendell, a co-founder of Building America’s Future, called for an infrastructure support across the board.

“Despite their essential role in our national transportation infrastructure, America’s airports face unprecedented challenges when it comes to meeting their growing infrastructure needs,” said ACI-NA President and CEO Kevin M. Burke.  “U.S. airports have nearly $100 billion in infrastructure needs through 2021, many without a determined revenue source.  This Infrastructure Week, we continue to call on Congress and the Trump Administration to work together and provide airports with the tools they need to make local infrastructure investment decisions, including eliminating the outdated cap on the Passenger Facility Charge user fee and increasing the Airport Improvement Program.”

The annual Infrastructure Week features dozens of events throughout the country in a bipartisan call for investment in airports, roads, rail, water systems and other vital infrastructure.