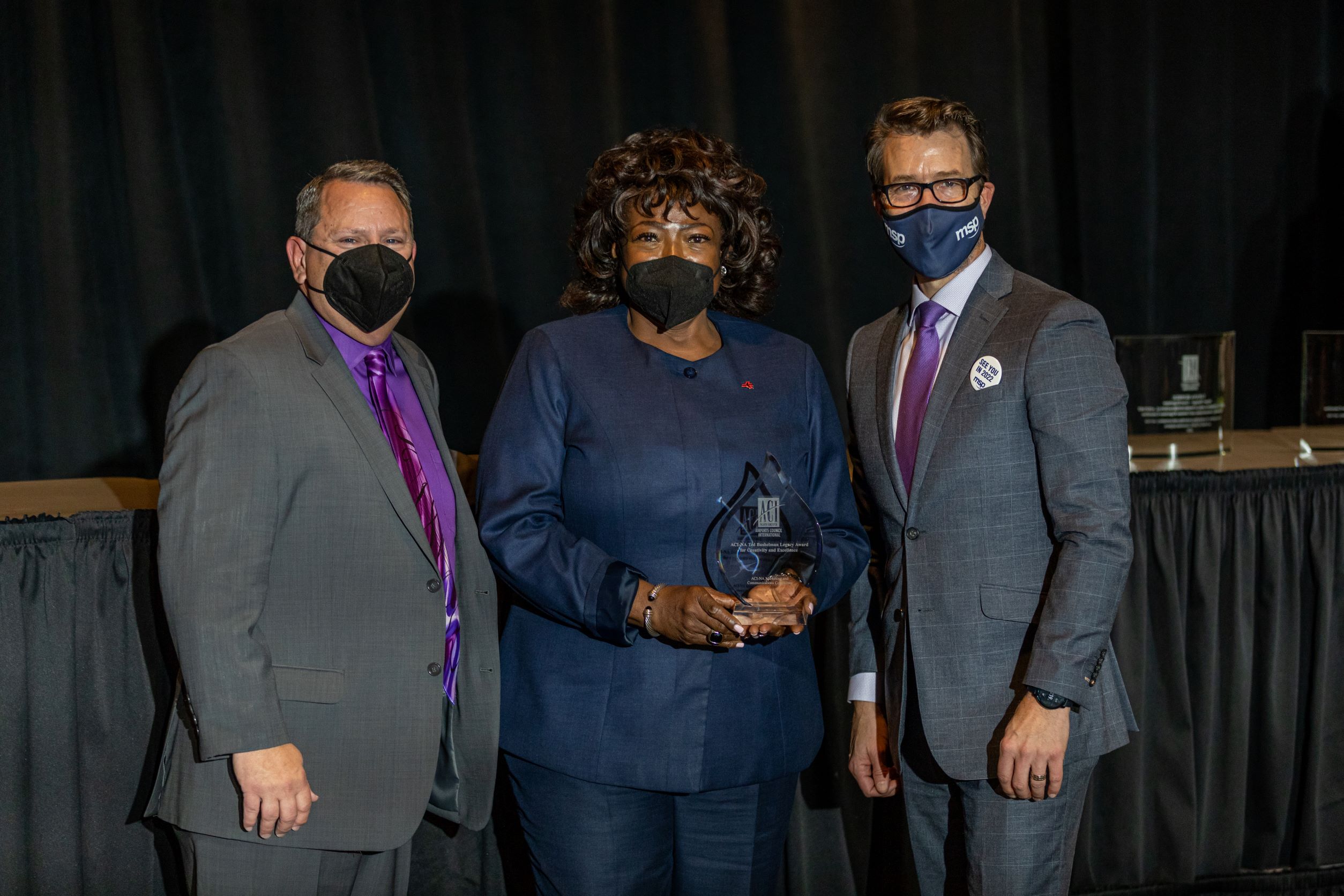 “Mryna White is one of our industry’s most generous and gracious communications leaders,” said ACI-NA President and CEO Kevin M. Burke.  “Her ability to bring the perspective of the world’s busiest airport to discussions about marketing, branding, mentoring and communications created an accessibility for airports of all sizes to strategies and processes that had been proven under the most intense of conditions. Myrna herself is incredibly accessible as an individual, as a sounding board, and as a friend, and has established herself as a model of excellence in airport communications.”

Hired to win jurisdictional approvals to build ATL’s fifth runway, White has a storied career with Hartsfield-Jackson. Before being named Director of Public Affairs, she managed the airport’s legislative agenda on the local, state and congressional levels.  She recently led the development and implementation of a series of consumer confidence briefings for key airport stakeholders, demonstrating the airport’s pandemic response and readiness for a full resumption of operations.

White is a past chair of ACI-NA’s Marketing, Communications, and Customer Experience Committee.  She remains active in ACI-NA as a speaker for ACI-NA conferences and events.  Through that role, White helped organize the successful Airports for the Future campaign launched by ACI-NA in 2014 to increase awareness for airport infrastructure needs leading into Federal Aviation Authorization deliberations.  She brought together the industry under one communications campaign to demonstrate industry unity on the need to modernize the passenger facility charge and to clearly articulate the value of airports to local and our national economy.

The Ted Bushelman Legacy Award for Creativity and Excellence is named for its first recipient, Ted Bushelman, who served as Senior Director of Communications at the Cincinnati-Northern Kentucky International Airport for 40 years.

The award is presented each year to an individual nominated and selected by his or her peers in the airport industry. This special award recognizes the values, accomplishments and creativity of airport marketing, communications, and customer experience professionals who also share those talents and contribute to the legacy of professionalism experienced throughout our meetings and programs.

In addition, the individual who is selected must have a record of demonstrating his or her skills, expertise, and professionalism in some or all of the following areas: