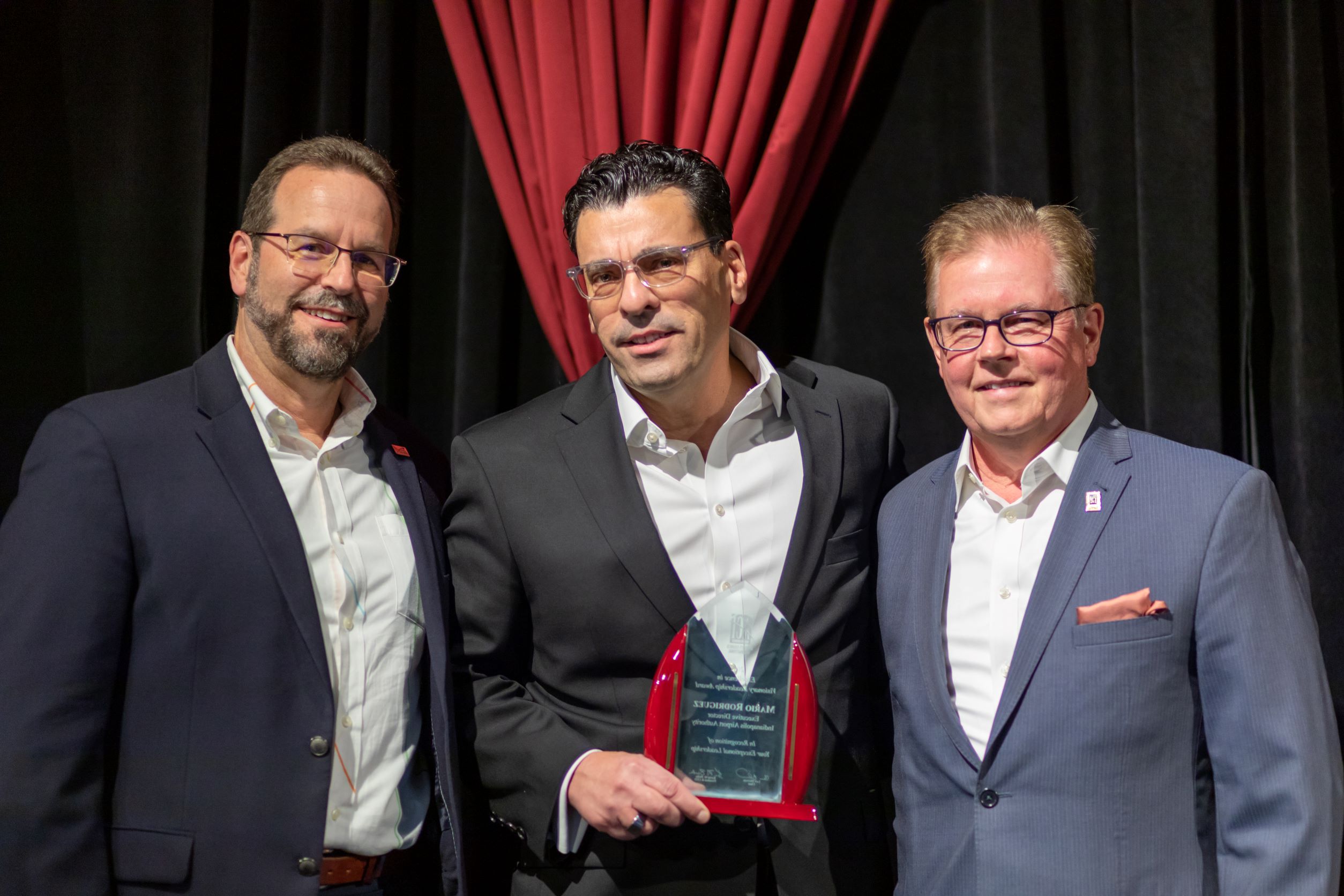 WASHINGTON – Airports Council International – North America (ACI-NA), the trade association representing commercial service airports in the United States and Canada, today announced Mario Rodriguez, Executive Director of the Indianapolis Airport Authority, as the recipient of the Excellence in Visionary Leadership Award for 2021. The award was announced during the 2021 ACI-NA Annual Conference and Exhibition in Reno, NV, and is the highest honor given by ACI-NA to an active airport CEO/Director.

“ACI-NA recognizes the profound leadership Mario Rodriguez has exhibited throughout his decades-long career in the aviation industry and is pleased to recognize him with 2021’s Excellence in Visionary Leadership award,” said ACI-NA President and CEO Kevin M. Burke. “Under Mario’s leadership, the Indianapolis International Airport (IND) has grown as one of the world’s leading airports for delivering a positive customer experience. He is also on the frontlines of driving a more sustainable aviation industry. Despite the ongoing COVID-19 pandemic, Mario is a true industry leader who understands the importance of a thriving airport to a local community and the passengers and customers it serves.”

“It is a great honor to receive ACI-NA’s Excellence in Visionary Leadership Award,” said Rodriguez. “I’m proud to represent an organization that is committed to providing the highest level of public value to the community through IND’s operations, diversity, equity, and inclusion focus, and strategic initiatives. This doesn’t happen overnight, and our team has continued this approach through the ongoing challenges of the global pandemic.”

For more than 30 years, Rodriguez has held leadership positions from Hong Kong to Indianapolis. He served on the Biden-Harris Presidential Transition Team and was appointed by both the Obama and Trump administrations to the U.S. Department of Transportation’s Committee for Aviation Consumer Protection. He is the recipient of one of the State of Indiana’s highest honors, The Sagamore of the Wabash, conferred by Governor Eric Holcomb in 2018. He also received recognition, including a New Orleans City Council Proclamation, for his leadership in developing the flood protection system around the New Orleans International Airport prior to Hurricane Katrina. Under his leadership, the Indianapolis Airport Authority has experienced record-breaking growth, announced major economic development projects, advanced critical sustainability initiatives, and fostered community engagement.