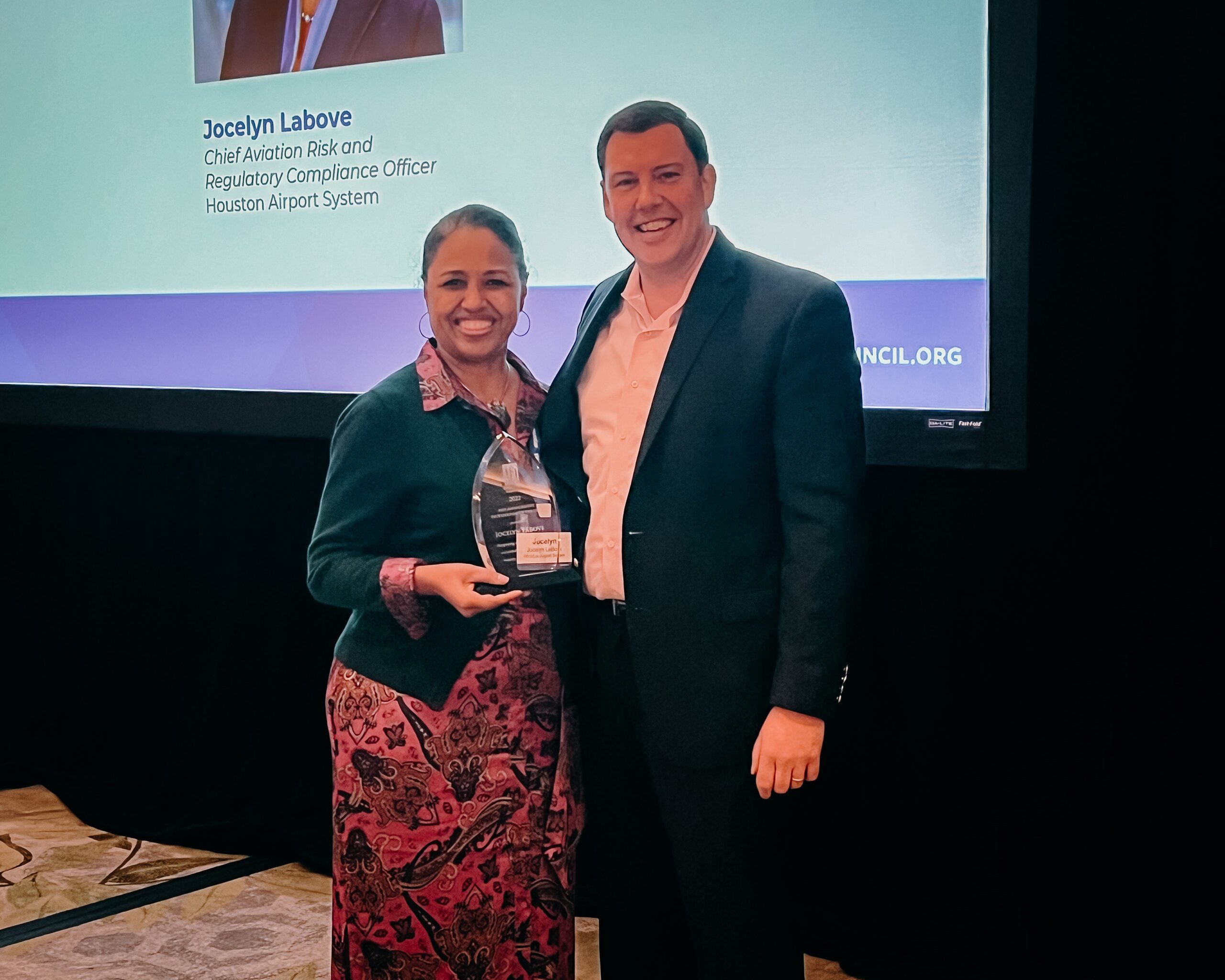 “As airports around the country seek to enhance their risk management strategies, Jocelyn has demonstrated leadership and expertise in this important field,” said ACI-NA President and CEO Kevin M. Burke. “I congratulate Jocelyn on her considerable achievements and thank her for her commitment to creating a resilient and responsible system that serves its passengers, customers and region.”

The recipient was presented during the 2023 Risk Management Conference in New Orleans, LA. The conference was attended by nearly 200 risk management professionals from the North American airport industry.

As the Chief Aviation Risk and Regulatory Compliance Officer, LaBove has established the Aviation Risk and Regulatory Compliance Office (ARRC) thereby taking the next step in raising the risk management profile at Houston Airport System. She has collaborated with departments across the airport system and city to embrace a well-rounded enterprise risk management program. LaBove has also developed policies to heighten awareness of Safety Management Systems (SMS). During the COVID-19 pandemic, she demonstrated deep involvement in the COVID-19 response at her airport.