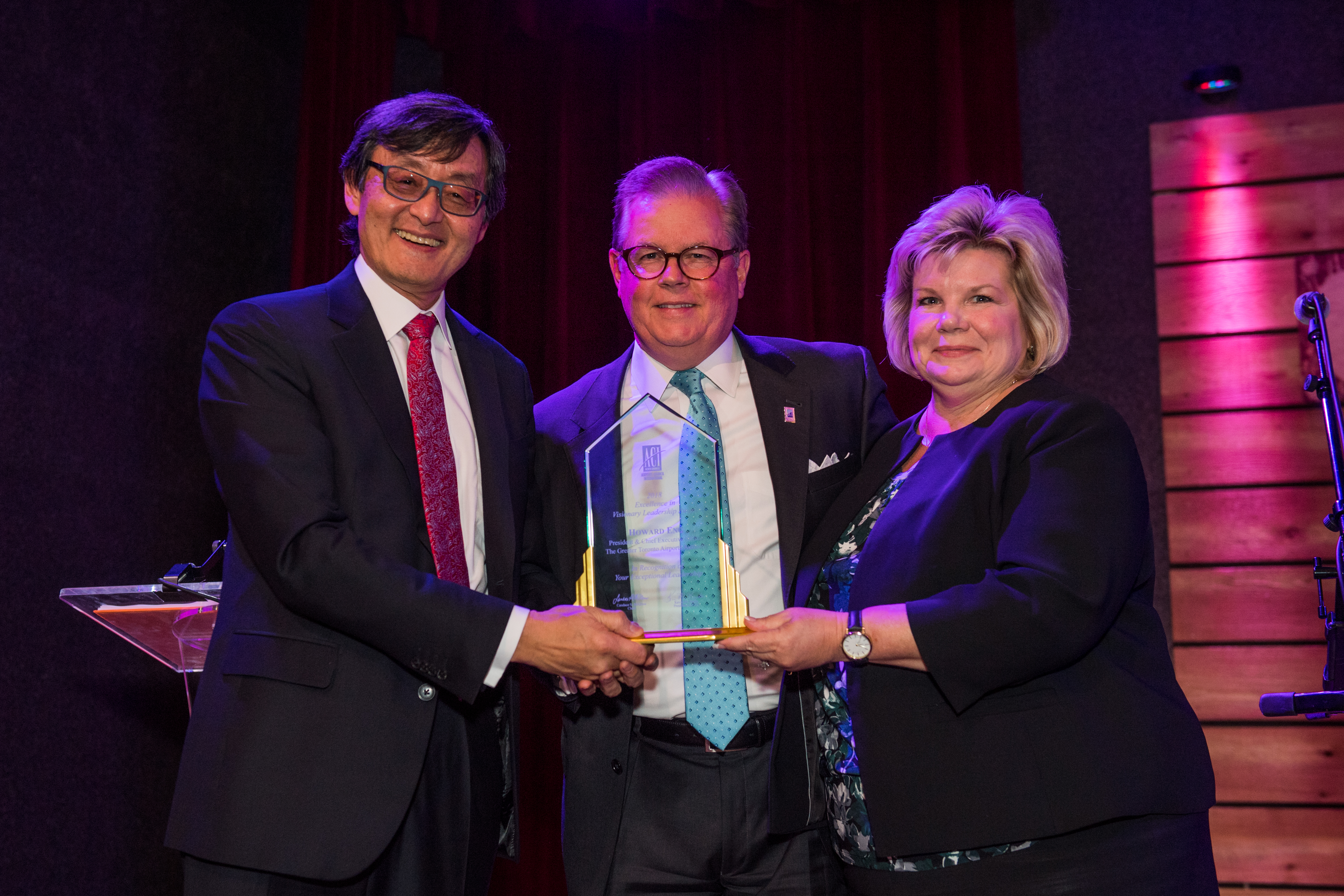 NASHVILLE, TN – Airports Council International – North America (ACI-NA) today announced that Howard Eng, President and CEO of the Greater Toronto Airports Authority (GTAA), was named this year’s recipient of the Excellence in Visionary Leadership Award. The award was announced during the 2018 ACI-NA Annual Conference and Exhibition in Nashville, TN.

“ACI-NA is pleased to recognize the distinguished leadership of Howard Eng with the 2018 Excellence in Visionary Leadership Award,” said ACI-NA President and CEO Kevin M. Burke. “As the head of GTAA, Howard leads Canada’s busiest airport, Toronto Pearson International, with the belief that the success of the airport is a shared responsibility. His commitment to advancing the industry will ensure a strong airport for the Toronto region’s workforce, travelers and local community.”

“It’s an honour to be recognized with ACI-NA’s Excellence in Visionary Leadership Award,” said GTAA President and CEO Howard Eng. “I am grateful to our airport community for their strong support of our vision to grow Toronto Pearson into a mega hub airport that will benefit the region and Canada, and to the 50,000 airport employees who bring the Toronto Pearson experience to our passengers every day.”