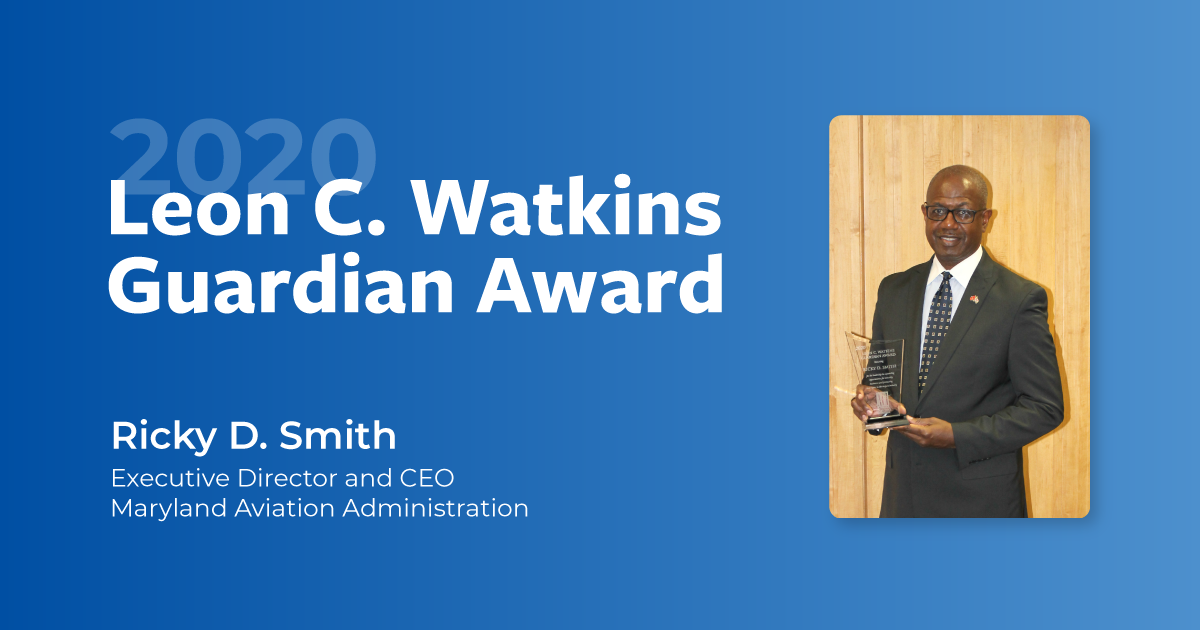 Airports Council International-North America (ACI-NA) recently announced the recipient of the 2020 ACI-NA Leon C. Watkins “Guardian Award” for Excellence in Business Diversity: Ricky Smith, executive director and CEO of the Maryland Aviation Administration. The new Guardian Award recognizes a business diversity leader who has promoted the growth and evolution of minority- and women-owned businesses and suppliers, while also fostering the advancement of civil rights and equal opportunities for all within the airport business environment.

ACI-NA President and CEO Kevin M. Burke caught up with Ricky Smith to discuss the airport industry’s commitment to equity, diversity, and inclusion.