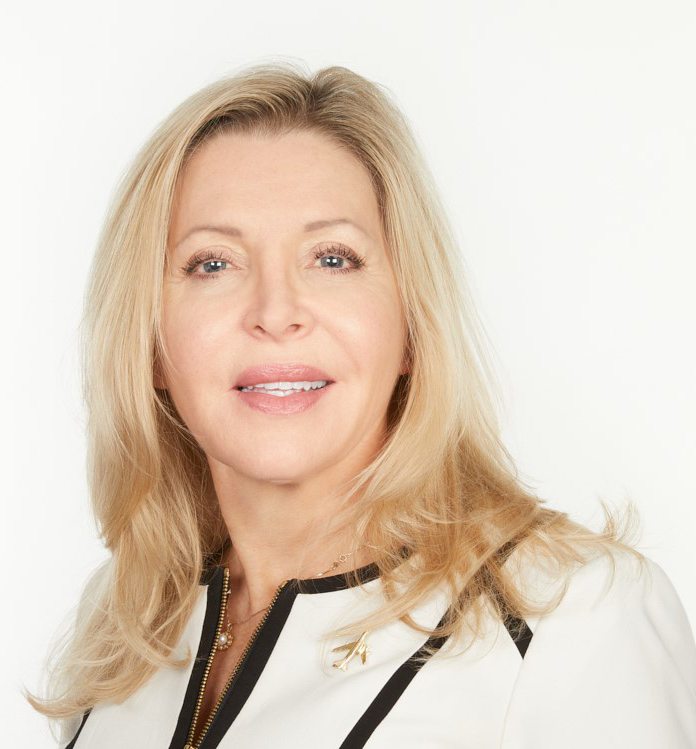 Pam has spent over 20 years in the airport industry, with particular focus on business development, landside services, IT solutions and concessions. She brings a diversity of experience on both sides of the business, having worked for airports and private sector airport operators and service providers.

Pam joined Paradies Lagardre in 2018 and is now responsible for business development at 20+ U.S. airports, including ACDBE and brand partner relationships.

She started her airport career at Santa Barbara Municipal Airport where she managed over 130 contracts, licenses, permits and operating agreements across the Business & Properties spectrum.
She then returned to her hometown of Portland, Oregon as a Property Manager for the Port of Portland, with oversight for a variety airline, general aviation, concessions and operating contracts
at Portland International Airport (PDX) and the Port’s three general aviation airports. She also served as the Concessions Program DBE liaison.

Pam went on to the private sector as an ACDBE certified consultant, specializing in airport WiFi and related public facing IT business solutions for IBM, Sprint, T-Mobile and Laptop Lane, in addition to several airports.

Prior to joining Paradies, Pam was Sr. Vice President for SP+ Airport Services, the industry leading provider of parking, transportation and other landside services in airports.

Pam is a founder, and currently serves as Secretary for Capital Sisters International, a non-profit micro-finance organization dedicated to advancing the economic empowerment of women in developing countries through entrepreneurship. She also served on the Advisory Board for the USO at PDX, helping to develop and launch the first ever USO at PDX. 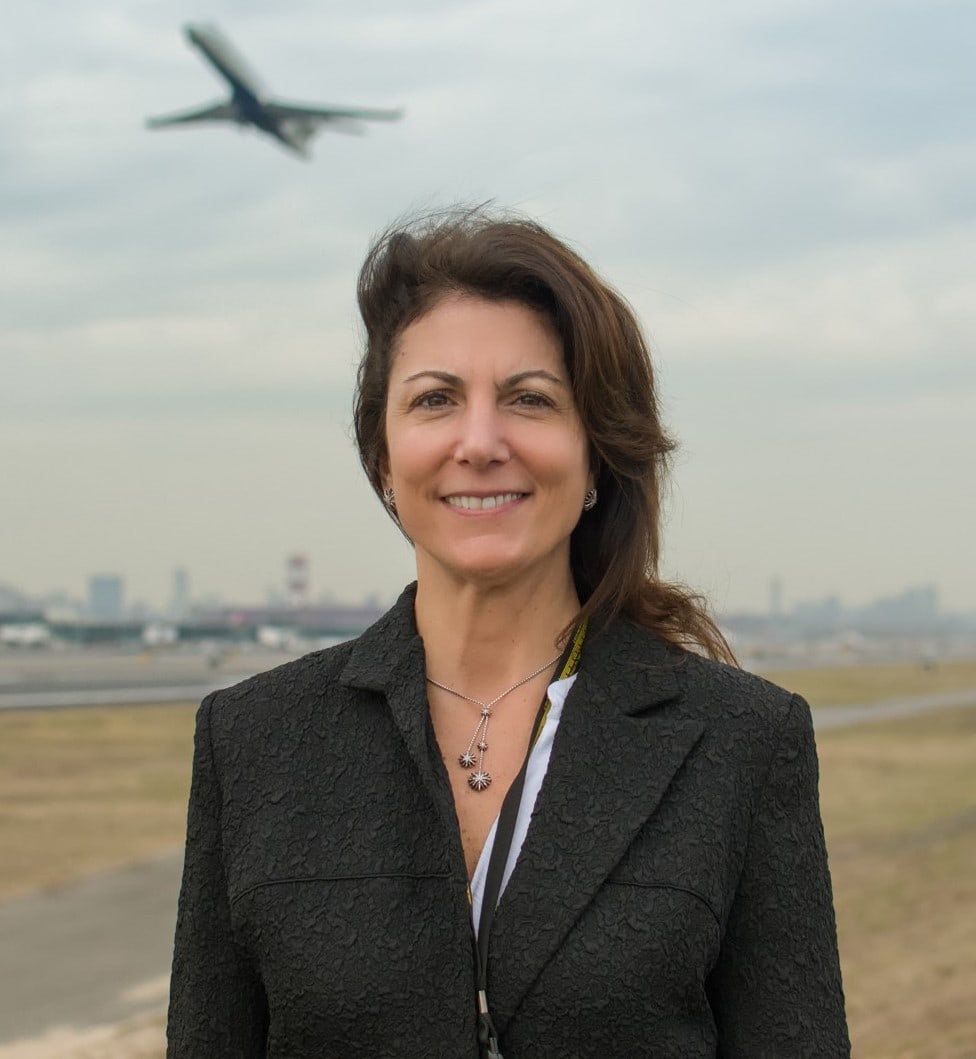 Lysa (Scully) Leiponis, Principal and President, LL Aviation Advisors, LLC is a forward thinking aviation leader with 35 years of notable transportation industry experience. Prior to starting her own advisory firm, Lysa had a distinguished 33-year career as a visionary and persuasive leader at The Port Authority of New York and New Jersey.  As the former CEO/Airport General Manager of LaGuardia Airport, Lysa created a detailed vision for customer excellence to serve the airport’s 30 million annual passengers. She inspired and led 400 staff, and galvanized airport stakeholders, to implement pioneering projects to transform the customer experience. Her strength in meticulously leading multiple complex functions ensured the safe handling of 1,200 daily aircraft operations, while concurrently executing a record-setting capital investment program.  Under Lysa’s leadership, airport passenger volumes grew to record levels, investment reached historic highs, and regulatory compliance remained flawless. Lysa has been recognized for leading the airport through its transformative $9 billion redevelopment program and as a founding partner in the largest Public Private Partnership in airport infrastructure history.

Before her role at LaGuardia, Lysa spent more than ten years as a senior executive in aviation headquarters, leading exceptional teams to imagine and build programs for customer excellence, landside and parking, concessions, and strategy for the Port Authority’s five airport system.  She also served as Corporate Secretary for The Port Authority, an elected officer of the Agency. Her years preceding Aviation at The Port Authority were rooted in increasing levels of responsibility within the financial departments.

Lysa holds an MBA in Finance from Pace University – Lubin School of Business, a BS in Accounting from Rutgers University, and is an Airport Certified Employee in Operations and Security through the American Association of Airport Executives. Lysa resides in Glen Cove, NY with her husband Robert and their four sons. 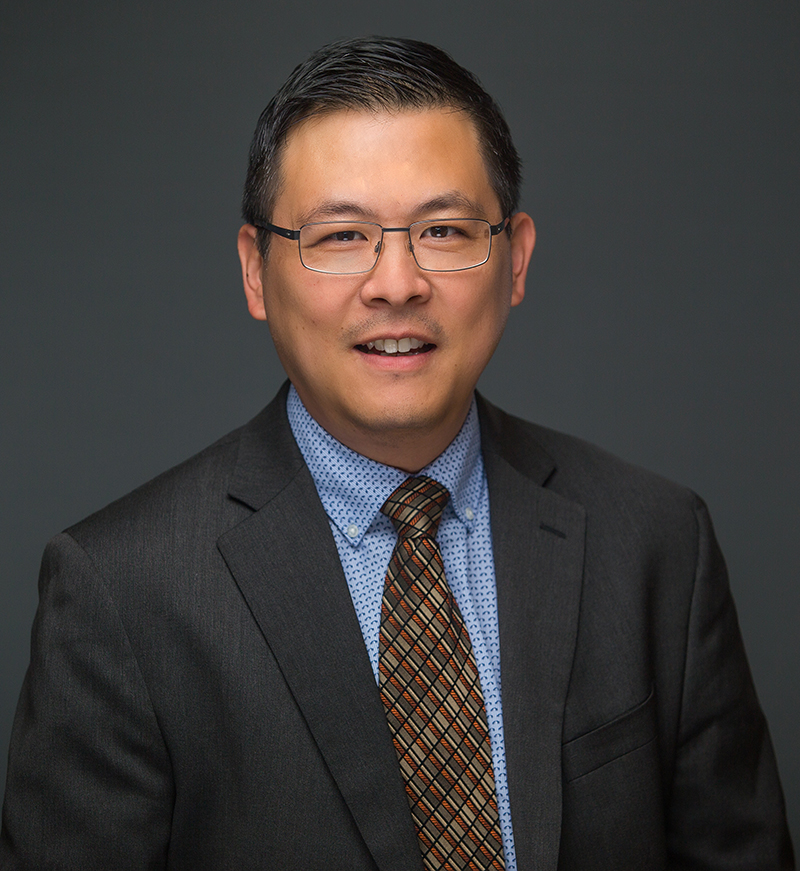 Solomon Wong is President and CEO of InterVISTAS, a global consulting firm with services in market analyses, policy development, planning and strategies related to the movement of people and goods.

He has a track record on regulatory and technological change and has helped to implement solutions for a range of private/public sector clients. In the late 1990s, Solomon assisted in the business cases for trusted traveler programs. In the 2000s, he developed the business case and analyses for simplification of processes, including elimination of aviation security re-screening and border kiosk automation.  In the 2010s, his achievements included developing models to eliminate baggage recheck and other initiatives to reduce minimum connect time (MCTs) at hub airports. Results of his work have informed planning of new facilities throughout the US and Canada.

He is active on ACI committees, serving on the facilitation committee as an associate member for both ACI-NA and ACI World. In addition, he has contributed to the Airport Industry Recovery Advisory Panel (AIRAP). Solomon is an advocate for the advancement of airport technologies and has contributed to several Airport Cooperative Research Program (ACRP) reports including the recently published ACRP report 233 “Airport Biometrics: A Primer”; as well as an ongoing project to develop an “Airport Blockchain Implementation Guidebook.” The key aspect of research Solomon is advancing are advanced practices and models for privacy management balanced with a positive customer experience. He is also active on Future Borders Coalition, to help the strategy in North America for border improvements across aviation, maritime and surface modes of transportation.

Solomon is a former board member on the Airports Consultants Council and has spoken regularly at industry events on the evolution of transportation and strategic planning. He is very passionate about sustainability and has demonstrated this by contributing to ACI World’s efforts on countering illegal trafficking of wildlife. Equality, diversity, and inclusion is also a priority of his, and through his leadership has advanced EDI within InterVISTAS.

He is an urban planner by training and wrote his Master’s thesis on noise exposure around airports.  Outside his professional life, he is enjoying seeing the world through his two boys (aged 6 and 9) and planning future family travels as pandemic measures start to subside. 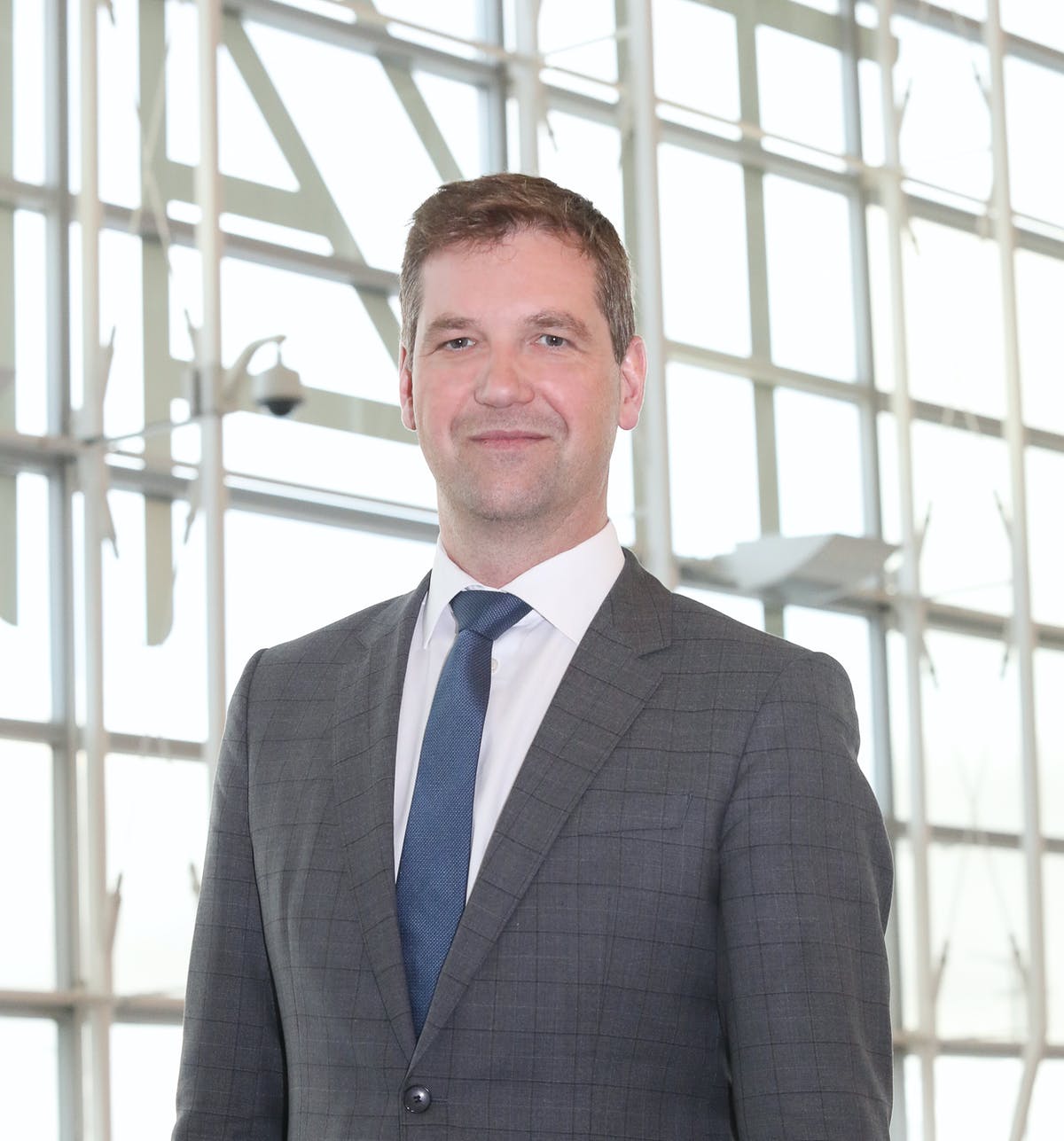 Roel Huinink currently serves as the President & CEO of JFKIAT, the company that manages Terminal 4 at John F. Kennedy International Airport. He leads Terminal 4’s dedicated management team and is responsible for developing, communicating and executing strategic and tactical plans for T4.

Mr. Huinink is an experienced executive with an extensive knowledge in the airport business. He has a 15-year history with Royal Schiphol Group, where he held various management positions from 1999 to 2014, including as Managing Director of Arlanda Schiphol Development Company, a retail management enterprise in Sweden, and as Director of Parking & Mobility Services at Amsterdam Airport Schiphol in The Netherlands. Furthermore, he served as an executive in the management board of Norwegian based Travel retail and high street retailer Airport Retail Group. 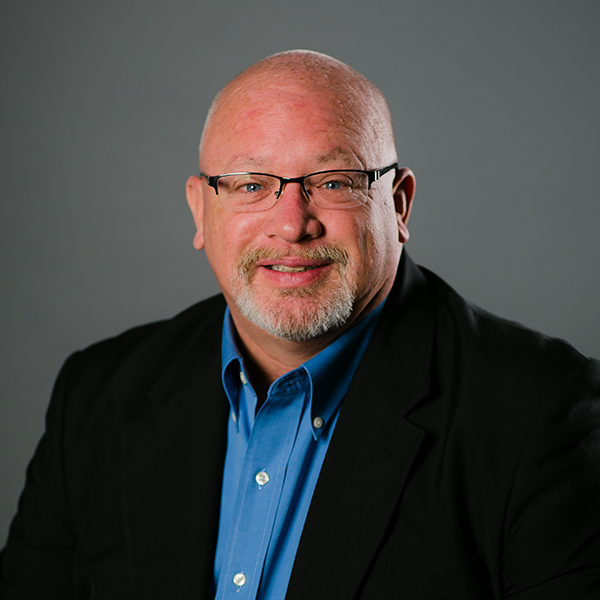 Building relationships, maximizing and connecting resources, leveraging strategies, being an industry representative in all facets from a consultant’s perspective for Airports for more than 25 years has enabled Mr. Hogan to become a successful strategic advisor to both consultants and especially airports. A true expert in client relations and services to airports, industry associations, government entities and aviation individuals. Mr. Hogan’s responsibilities have included keeping abreast of the latest and successful state of the art techniques, vendor products, management practices and project solutions. This in conjunction with Mr. Hogan’s keen ability to listen and see the forest through the trees, has provided him with the rare ability to maximize all of his knowledge and experiences to provide accurate guidance and strategic advice to firms, airports and individuals. Mr. Hogan has successfully worked at over 250 airports ranging in all sizes and locations as a consultant. From business, management and project decisions, Mr. Hogan is keenly aware of the correct questions to ask, the correct people to involve, and the correct obstacles to avoid to implement a strategic solution. 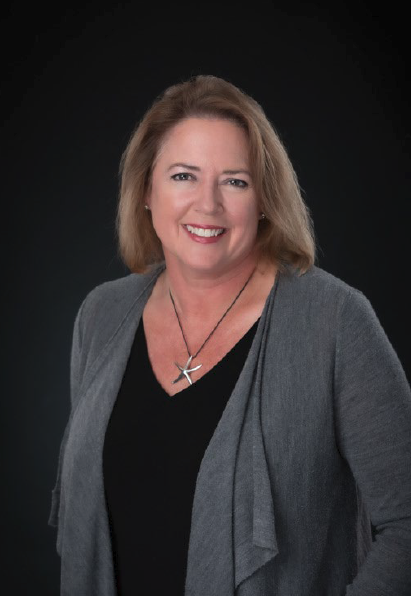 Lynn Gordon is the Vice President of Business Development at Arconas. In 2000, Lynn created the dedicated Airport Solutions Division, a group of sales and project management professionals specialized in the unique requirements of airports. In that time, she has worked on some 400 airport installations in North America and across the globe, including LAX, SFO, DFW, BOS, ORD, PHX, DEN, ATL, PANYNJ, YYZ, YVR, Hong Kong, Quito, Shenzhen, Lisbon and many others.

Prior to joining Arconas, Lynn headed the Pacific Region of Airports Council International (ACI), served on the Board of the YVR Art Foundation, and held a senior marketing management position with Ernst & Young. She is a graduate of the University of Ottawa.

Lynn’s passion is aviation and airports. She is the official representative for Arconas to both the Airports Council International (ACI-NA and ACI Asia-Pacific) and the Association of American Airport Executives (AAAE). She served as the 2013-14 Vice-Chair of the ACI-North America Associates Board of Directors (term 2011-14) and served on the ACI World Business Partner Advisory Board for 2015-18. Lynn’s commitment to the global aviation industry continues as she recently participated on a task force for COVID-19 resources for airports and organized a webinar on the topic.

Lynn is also an active member of the Airport Consultants Council (ACC) and the Greater Vancouver Board of Trade. She is a graduate of the World Trade Centre Vancouver’s Trade Accelerator Program (TAP).

Lynn has 27 years of experience in the airport industry and is globally recognized for her expertise in terminal interiors and passenger services. 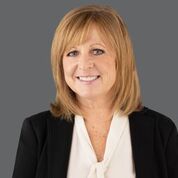 Margaret McKeough is a Principal with the Paslay Management Group, a professional management firm advising and representing Airport owners throughout the life cycle of large, complex, capital development programs. Prior to joining PMG in 2019, Margaret was an airport executive for over thirty years with executive leadership experience managing major hub airports including Phoenix Sky Harbor International Airport and, most recently, Ronald Reagan Washington National Airport and Washington Dulles international Airport as the Chief Operating Officer for the Metropolitan Washington Airports Authority (MWAA). Margaret is a member of the ACRP Oversight Committee and the Aero Club of Washington Board of Governors, having served as the Club’s President in 2018. 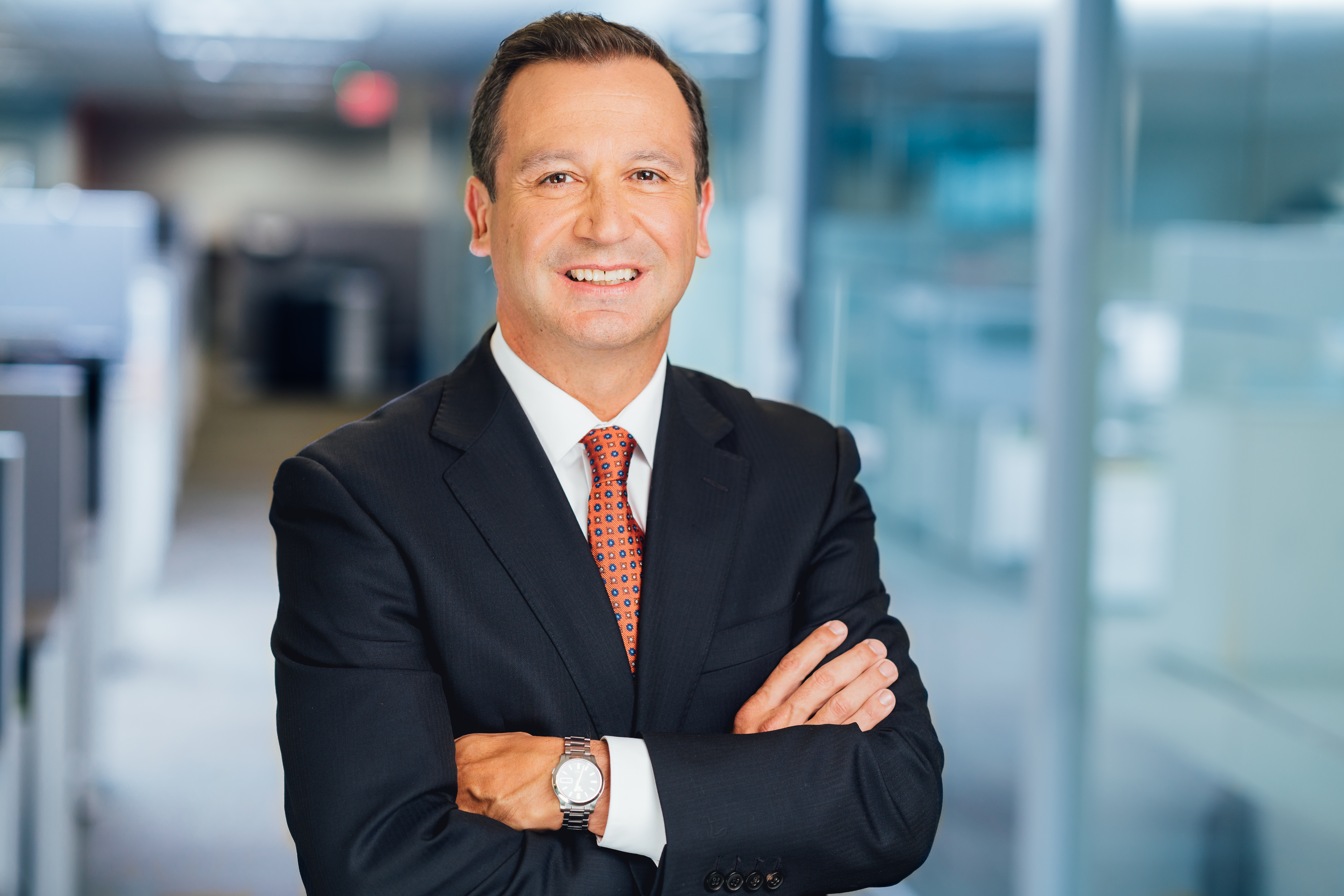 As President and CEO of Stellar Partners, Padraig Drennan, has a diverse background with prestigious retailers including Gap and Disney Stores. Padraig brings over 10 years of airport retail experience managing relations in some of the world’s largest airports. As COO of DFASS Group and President of World Duty Free North America, he was responsible for the News & Gift, Duty Free, and Specialty Retail segments. He also served as Chief Financial Officer of World Duty Free UK. He is a Fellow of the Institute of Chartered Accountants and serves on the board of The International Association of Airport Duty Free Stores.